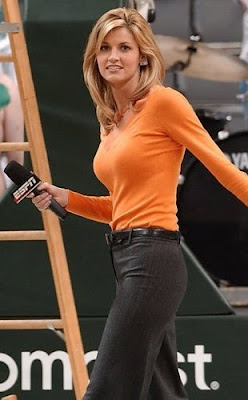 A Chicago man, Michael Barrett had a hotel room right next Erin Andrews rooms in seven cities that she stayed in, where he drilled peephole video holes in the wall, to surreptitiously tape her.

But how do you book the room next to her?

Erin's statement: "I am deeply grateful to Assistant United States Attorney Wes Hsu and Special Agents for their dedicated service; and to ESPN for its support during this difficult time. I hope that today's action will help the countless others who have been similarly victimized. For my part, I will make every effort to strengthen the laws on a State and Federal level to better protect victims of criminal stalking. I am also grateful to those who have expressed their concerns and good wishes for my family and me."

I guess we now just get Erin's sideline shots!

And be content with the latest Chicago peephole video. 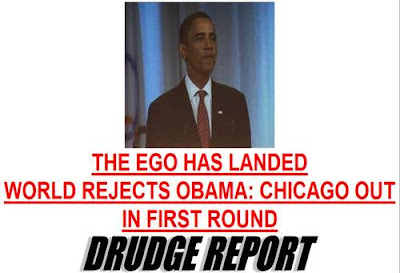 That causes some gasps also! 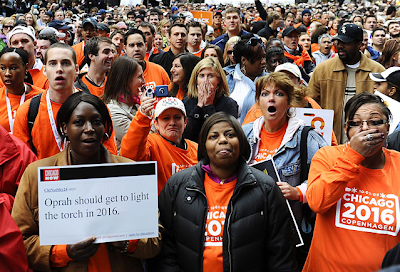 So we had a trip to Denmark with Oprah, Michelle and Obama, as the lobbyists in chief for the Chicago Olympic bid.

And they get knocked out in the first round!

And the face of Chicagoans gasping?

Priceless!
Posted by Palmoni at 8:38 AM

I guess the guy liked silicone. Look at the hooters on such a twiggy of a woman. Real life for a woman that thin would be two pimples on her chest. Everything today is phoney and fraudulent. Just like financials its whatever you make it into that counts.