CNOOC looks to the Gulf of Mexico 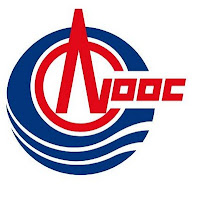 Cnooc Ltd. is in talks with Norway's StatoilHydro ASA over a few leases in the U.S. Gulf of Mexico, a deal that would open the U.S. Gulf to China's oil companies for the first time, a person familiar with the matter said.

The move is significant as Cnooc's aborted $18.5 billion bid for California-based Unocal Corp. in 2005 is widely seen as having deterred state-owned Chinese oil giants from investing in U.S. oil and gas assets. Cnooc withdrew its offer for Unocal after it drew a storm of protests from some U.S. politicians.

But as tight credit has caused a lull in spending on offshore exploration, appetite for Chinese capital has grown, and opposition to Chinese investment may be less likely.
---------
This news brings me back to this story when China was threatening to back out of some of their oil derivative contracts. This was prefaced by this story entitled Conspiracy Theory. If you read the comments, you'll see where I talked about a joint bid for an oil company with CNOOC owning 40%.

At that time, I heard that CNOOC had informally offered north of $110 for Devon partnering with another company on the bid. But we'll see about DVN. I heard it was very informal offer. Maybe this purchase of leases in the gulf is another test of the political waters. 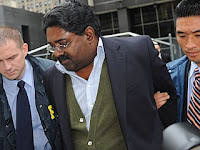 Now today we see that billionaire Raj Rajaratnam was accused of insider trading. Obviously his "inside" information was more timely than mine. But then, he got it from Moody's!

He also was one of the largest contributors to Hillary Clinton's campaign. Does anybody want to take any bets if she is going to give that money back? 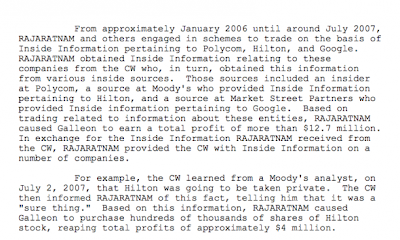 But if  prosecutors  really want to find the smoking gun at Moody's, maybe they should check out the action in the stocks before they were downgraded by Moody's. Look at General Motors. And then look at the credit default swap market next! 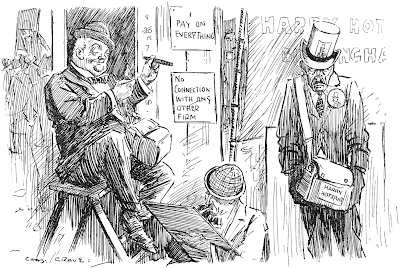 Obviously, more than one person was leaking from Moody's. And the leaks were to those with both bullish and bearish bets!

As long as they were getting paid!
Posted by Palmoni at 5:57 PM

So this guy runs a 3 billion dollar hedge fund and gets nailed for 20 million in insider trading?? Who the hell risks that when it's like a fraction of a fraction of his fund?? I think someone just didn't like this guy and was removed from the "reservation" :)

He was not part of Government Sachs.

Leaks are everywhere. How many times have we seen large market moves a day ahead of some closely watched number. And as usual, the market move correctly guessed that the number was better/worse than anticipated. Its uncanny how wall street gets clairvoiant the day before releases. I would say that 1 out of 500 inside trades are actually caught. How many fund mgrs tip off relatives before they start accumulating and bidding up some issue?? I'd say nearly all of them.

Yeah, the GS prop desk does this everyday. But they have friends in high places, including the SEC