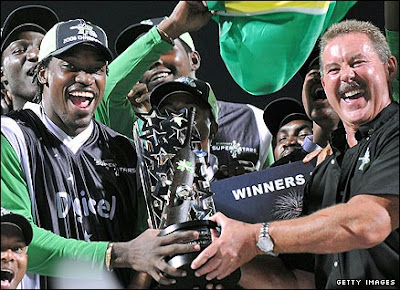 Now you now SIPC is broke. What's the FDIC going to do when they're busted? Oh that's right--They have a $500 billion credit line that they can tap. SIPC's interpretation of the law regarding Stanford is just this: Since the customer has a security, even though it is worthless CD, there is then, no SIPC insurance, because the value has dropped.

If that is their ruling, then how could Stanford of been a ponzi scheme? SIPC is saying that the securities, the CD's that investors bought, declined in value.

Sept. 4 (Bloomberg) -- Peter Kaltman, a retired accountant, says he was reassured by the Securities Investor Protection Corp. logo on the stationery of the brokerage that sold him $550,000 in Stanford International Bank certificates of deposit.

“The CDs were sold by a SIPC-insured organization,’’ Kaltman said, referring to Stanford Group Co., the Antigua-based bank’s sister firm. “At the bottom of their business cards and stationary, there was the SIPC logo. Any correspondence I received with account information also had it. I absolutely thought I was covered.”

Kaltman was wrong, unfortunately for him and other investors who lost $7 billion in the alleged Ponzi scheme involving Stanford CDs. The federal corporation won’t help any of them as it has some victims of swindler Bernard Madoff, SIPC’s president notified Stanford’s court-appointed receiver.

“There’s an inordinately fine line being drawn here,’’ Kaltman, 63, of Reno, Nevada, said of SIPC’s decision to treat the two groups viewed by the government as Ponzi scheme victims differently. “It’s worse than a slap in the face. If I was allowed to use four-letter words, I would.”

Under U.S. law, SIPC repays up to $500,000 in custodial losses to investors whose securities are missing from accounts at member firms, SIPC President Stephen Harbeck said in an interview. The protection doesn’t extend to investors who’ve got their certificates, even if the securities have been rendered worthless by fraudulent conduct, he said.

“The fact that they went down in value is of no consequence,” Harbeck said Aug. 26. “The investors have custody of those CDs.”

Some investors’ lawyers complain SIPC is splitting hairs by limiting coverage to securities that are “missing” instead of rendered worthless by fraud...

Malouf, who represents mostly Latin American investors, said he explored suing SIPC for failing to provide the same coverage for Stanford’s investors it is for Madoff’s. He found a Supreme Court ruling bars suits against the agency, he said.

“There is no private remedy to compel SIPC coverage,” Malouf said. “Congress could do it, and the SEC could do it. But they’re getting away with it until somebody raises hell about it.”

Malouf said the SEC, which gives SIPC its marching orders, treats Stanford’s 130 business entities as a single commercial enterprise when it comes to the fraud litigation and the receiver’s sale of Stanford’s assets to repay claims against the estate.

In contrast, he said, the SEC and SIPC take the opposite view when it comes to SIPC insurance, viewing the Antiguan bank as a separate entity that doesn’t qualify.

“The SEC can’t have it both ways,” Malouf said. “They’re taking my clients’ money and using it to pay non-bank debts. If it is all one company, then there couldn’t have been any CDs purchased from a separate independent bank.”

If the SEC believes that “all the Stanford universe is one consolidated entity,” Malouf said, then Stanford’s Antiguan certificates of deposit “are exactly what SIPC covers, fraud.’’
Posted by Palmoni at 1:05 AM