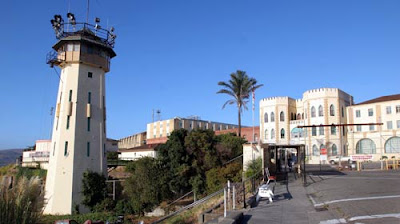 So CA plans to release inmates because the state doesn't have any money. Where are the released inmates going to get some money? How are they going to get hired?

California, with the nation's second-largest prison system, is considering perhaps the most dramatic proposal -- releasing 40,000 inmates to save money and comply with a court ruling that found the state's prisons overcrowded.

Maybe they can be employed by Goldman Sachs. They can be their hitmen for the Chinese. After all, didn't we here that China is going to renege on their commodity derivative transactions? Or at least allow the State Owned Enterprises (SOEs) to threaten. After all, didn't Reuters lead with this?

* US soy, gold and cotton pressured by report

Goldman, JP Morgan, UBS and Morgan Stanley, of course had no comment, and this time, Goldman's spokesperson, Lucas Von Praag, didn't invoke the grassy knoll nor did we hear from Lloyd Blankfein, saying that Goldman was already completely "hedged."

But like AIG, they have a plan. Our Fed has been buying mortgage backed paper from the Chinese, who are trying to front run PIMCO's sales of the same, and then helping the Government's cause by using the proceeds to buy Treasuries. That's the first step of placation.

Now judging by the rally last week in gold, we can see that the folks at Reuters didn't understand Investment banks would be short gold, because it is in their interest, (because their interests are intertwined with the Government's) to sell paper, because our Government has a printing press.

But then, Hong Kong decided that they had better get their gold delivered first, instead of having it sit in London. After all, if China is going to screw the Investment banks, you can't let them screw you out of your gold!

Because if China is considering backing out of their hedges, the losses would have to be ernormous. Thus those losses would shift to the banks who sold the "derivatives" to the Chinese. Which of course, Goldman has already "hedged."

If China Eastern, Air China, and Cosco are the companies mentioned that were contemplating screwing the banks who sold the derivative contracts, then it would appear they hedged oil at much higher prices.

And then it would also make sense why JP Morgan was renting out supertankers to store oil, and Goldman was pumping it to $85, and talking again about peak oil.

If they sold these contracts to the Chinese at much higher prices, and the Chinese walked away from their commitments, then these firms would be long oil.

Maybe China will change their mind on their pledge to walk away. After all, don't we now have a new Pledge of Allegiance, drafted by the Treasury Secretary, Timothy Geithner?

And you thought it was just Obama going to meet with the children at the schools with a speech.

Geithner, has already front runned him!

Now maybe you can't figure how San Quentin came into this story. After all, I was just being ridiculous with Goldman. But isn't Geithner's boss the "black messiah?" 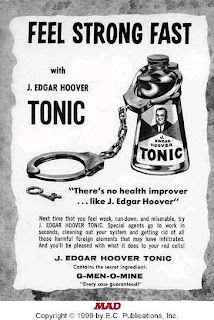 Remember when J. Edgar Hoover hatched the plan from tipsters in San Quentin, and then he gave the FBI the OK to get kill Fred Hampton and George Marshall because Hoover say he was trying to prevent the rise of a black "messiah" who transformed Chicago street gang members into community activists?

Those inside our Government have already learned. The Chinese think they have all the dirty tricks, but they seem to have forgotten, that now, the real hitmen, are those who control the financial levers.

And they do it ruthlessly.

And it's done with a trail, that they can't trace.

Which is why our Fed so vigourously fights the secrecy lawsuits.

Because that's where the trail ends!
Posted by Palmoni at 12:37 AM

So the Chinese firms thought oil was going to the moon and bought futures contracts from Goldman, JPM and friends when oil was probably above $100/barrel. With the current price of oil, these guys are sitting on large losses so I see the incentive to walk away.

I’m just wondering what our “hitmen” can do to the Chinese to make them change their minds? I know the Chinese are holding lots of our “worthless” paper which we gladly exchanged them for their real goods.

Also, I’m wondering if you have any ideas on why the 10yr yields keep falling? Any fool knows the US government won’t be paying them back anywhere near today’s dollars.

When I said that citi's books are probably 10x worse than what they show, I was thinking "side letters". Still holding the C Sept 6 calls though for a different reason.

I'll shut up for a while.

The bottom line is, we really don't know how bad their books are--but then, they'll never let us see them!

And the problems? Well they're guaranteed by US!

China dumped $25 billion of bonds, I think they now hold something like $876 billion.

Here's what I think is going to happen--Remember when CNOOC wanted to buy Unucal?

They dropped the $18.5 billion bid because of "security" reasons.

Here's the long version of that story:

I'm hearing whisperings of a joint bid for an oil company, with 40% ownership by China.

We'll see if that happens.

But that could be the hitmen's way out--Allow China to get some oil reserves and honor their commodity contracts.

When JPM and GS have risks of loss, the national security reasons dissipate!