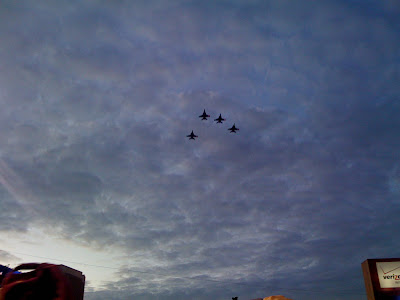 This Labor Day, four F/A-18 Super Hornet Aircraft flew above Doak Campbell Stadium performing the "missing man" formation. It was a tribute to Navy Captain Michael "Scott" Speicher, a FSU graduate who was the first American Casualty of the first Gulf War. His plane was shot down over Iraq in 1991, and just this month, they found his remains. Tonight they remembered him. 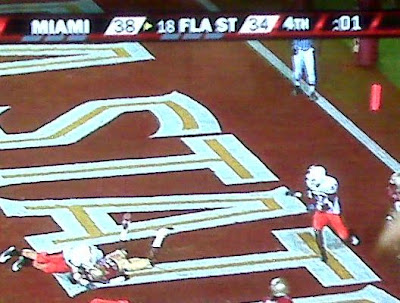 The game started with the Canes and 'Noles shaking hands--football teams showing respect for each other. It was a great game, that went down to the final play. But this time the Canes put the spear in the Seminoles. 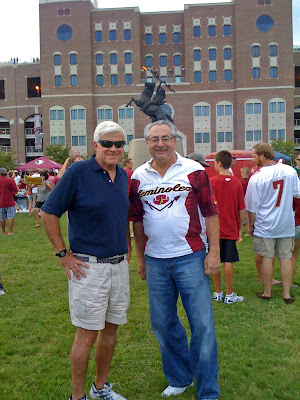 Seminole booster, and Republican State Representative Carl Domino shows he's representative of all the people of Florida, as he hangs with long time friend, Al McDonald, a proud Democrat and a proud Florida Gator. It wasn't just Canes and 'Noles shaking hands! 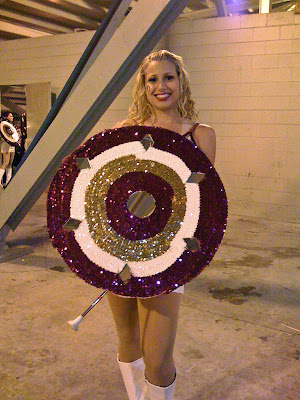 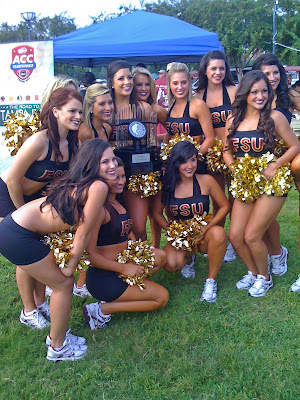 But there was more than hands shaking at the game also!

Just a fantastic Labor Day weekend!
Posted by Palmoni at 2:06 AM

I've said it before, and I will say it over and over again and again!
God Bless America!

Thanks for the pic of the wonderful cheerleaders ;-)