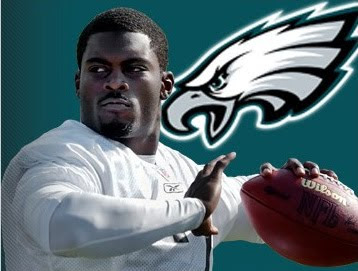 And speaking of NKE, remember when they missed numbers on June 25? The street hated that stock, but it was advertised then on this blog at $50.55.

Now the stock is $64 and the street is all over it again.

Signing Vick is supposedly "controversial" now, but hasn't he already paid his penalty? That's why Phil Knight is 24th on the Forbes 400.

He doesn't need the public, or a Wall Street analyst to tell him when to buy.

And he's buying Vick's comeback.
Posted by Palmoni at 7:40 AM