WSJ: Job growth could be at hand 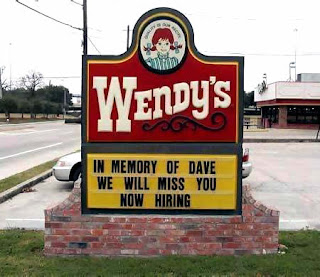 Yet several forces suggest a powerful turn toward job growth could soon be at hand.

For one, increased demand on top of steep cost-cutting in the recession has resulted in a swift rebound in corporate profits.

The level of profits economy-wide remains below its 2006 peak but accelerated sharply last year. In the third quarter, the latest data latest available, after-tax profits jumped 12.7% from the prior period, according to the Commerce Department. Estimates suggest similar strength through year end.

That worked out to $12,491 in profits per worker in the third quarter, according to Deutsche Bank, up from a low of $9,927 in the fourth quarter of 2008. "You tend to get these big increases right before strong job growth," says Joseph LaVorgna, the firm's chief U.S. economist.

The U.S. could add 200,000 jobs a month for the rest of this year, he says, even excluding the hiring of workers to conduct the 2010 Census.

The recent surge in hiring of temporary workers, often a precursor to full-time positions, also points to vigorous gains. Employment of temps has jumped by 248,000 since October, a 15% gain that is one of the strongest rebounds on record.
Posted by Palmoni at 7:12 AM