Jobless claims fall in the UK 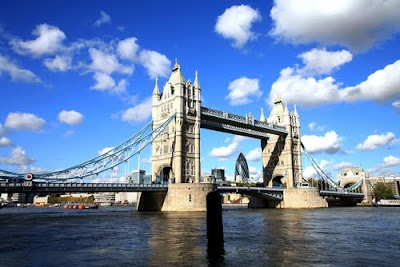 March 17 (Bloomberg) -- U.K. jobless claims unexpectedly fell in February at the fastest pace since 1997, suggesting the economic recovery is strengthening as Britons prepare for a general election within weeks.

The number of people receiving unemployment benefits dropped 32,300 from January to 1.59 million, the Office for National Statistics said today in London. The median forecast in a Bloomberg News survey of 29 economists was for an increase of 6,000. The pound jumped 0.7 percent against the dollar after the report.

Didn't we hear just a couple weeks ago that the euro was going to hell in a handbasket, and that the pound was next?

How is that trade working out?

And with oil at $82--doesn't that help Russia and the Arab countries--subsidized by the American consumer who is shopping even with gas at $3?
Posted by Palmoni at 7:27 AM