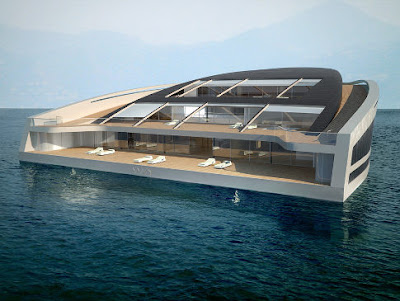 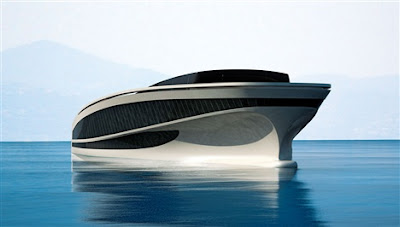 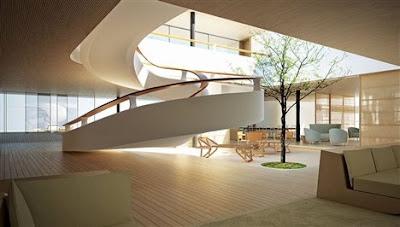 Two years after their first meeting—and just hours after the unveiling of their mock-up in Italy—Dumas and Bassani returned to the Monaco Yacht Show last September and had the industry abuzz over their collaboration’s outlandish results. "My inspiration was the Greek caïque," says Dumas, referring to the wooden skiffs used in ancient times as transport across the Bosporus Strait.

Dumas’ first priority in designing WHY 58x38 was to produce a highly stable, slow-moving boat with ample space to encourage life at sea. "However," he says, "I was also adamant that we make this as fuel-efficient as possible and that we utilize all types of energy."

With those goals in mind, Dumas and Bassani incorporated retractable photovoltaic panels atop the vessel’s third-deck roof. Spanning an area of nearly 10,000 square feet, the panels will be able to power virtually all of WHY 58x38’s auxiliary systems. The company is also testing a retractable mast with a computer-operated sail that, in addition to acting as an alternative method of propulsion to the diesel-electric engines, would harness wind energy to generate supplemental electricity. According to Dumas, such measures will help WHY 58x38 save approximately 160 tons of diesel fuel per year.
Posted by Palmoni at 7:22 AM