Asia and the world have increasing demand for steel 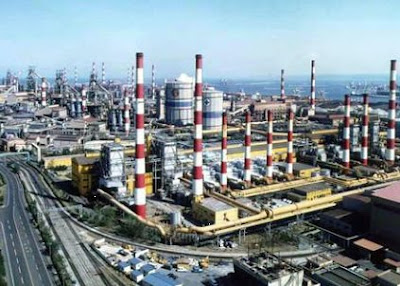 A Shanghai judge yesterday blamed the collapse of annual price talks last year on Rio Tinto Group executive Stern Hu and three colleagues for obtaining commercial secrets, sentencing them to between 7 years and 14 years in prison for that charge and bribery. Moving to quarterly pricing will help producers benefit from surging spot prices for iron ore, which are trading at more than double the annual-contract price.
-----
And the demand for iron ore is not just relegated to Asia.

The commercial shipping season is under way early on the Great Lakes, a sign that the economy is improving.

Recently, the Army Corps of Engineers opened the Soo Locks, which connect Lake Huron and Lake Superior, four days early because of favorable ice conditions and growing demand for iron ore and coal.

"Things are moving quicker, sooner than a year ago. And it seems like more ships are involved," said Eric Reinelt, Port of Milwaukee executive director.

Of five ships that spent the winter docked in Milwaukee, three have already left. One huge freighter, the Stewart J. Cort, is scheduled to leave soon after having been docked here since November 2008.

"It has orders to move iron ore from Duluth to Chicago. That's a pretty good sign," Reinelt said.
Posted by Palmoni at 4:27 AM