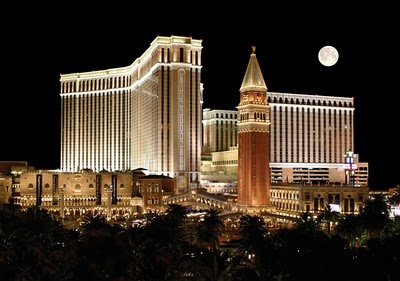 Well, you had that story last week! A giant break-out on the charts, and a futile attempt by the bears to make the charts say the break-out was fake!!

So how does this chart look now? 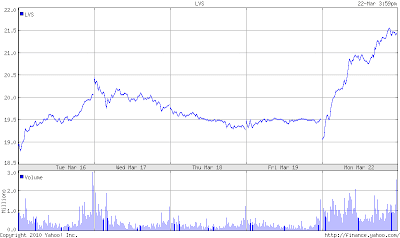 Is that a chart of some bears who pressed their shorts, and then had to puke up that which they pressed? 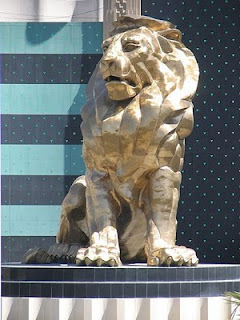 And MGM is next. You had that story also.

Because the gaming stocks are going to have what they rest of the market is going to undergo.

And multiples at trough valuations and trough earnings can go through the roof.

So raise the roof.

Because the next PE that the bears will have to contend with his the re-emergence of Private Equity. Even though the asset class is still being panned. 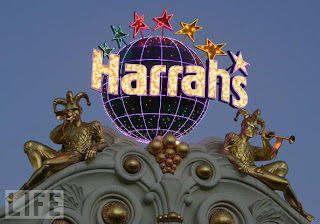 Another PE to bury the bears. Heck even the folks at Harrah's are getting bailed out!

And that's the answer in stock prices, for all those timid pikers who tout the "square root" recovery!

Because the recovery is a V!!
Posted by Palmoni at 5:35 PM

Maria who is the Rental Agent at Sahara Palms Apts. Protect Rapist Daniell Grant, for some unknow reason.Thier relationship is unknow at this time. She was over heard laughing at how The Victim was tormented and RAPED she thought it was funny how Grant talked about victim.Ms Grant who resides at the apts. Danielle Grant 23, of Las Vegas is a RAPIST, she and another man used a date rape drug on Victim at Sahara Palms Apartments 2900 El Camino ave. apt 170, Danielle L Grant sodomized the victim with a plunger. She is lite skinned 4'6 to 4'7 and she drives a Black Ford Focus, She works as an dental assistant during day. STOP her please. Victim is too ashamed to tell Police. Memory just now coming back. Danielle L Grant MUST BE STOPED. She is a drug addict and dealer ( Lortab and Meth,weed ) sometimes works as a Vegas Escort/Prostitute when she needs money. If you have information on her criminal activities Please contact the Las Vegas Police Dept.