The cassandras are wringing their hands about bonds

Did anyone think that maybe people were finally get bored of the rates for Govvie paper?

The WSJ had a picture of the White House behind bars, as it came out with this article: 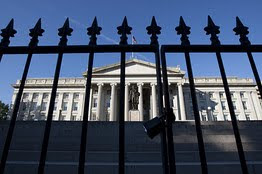 A sudden drop-off in investor demand for U.S. Treasury notes is raising questions about whether interest rates will finally begin a march higher—a climb that would jack up the government's borrowing costs and spell trouble for the fragile housing market.

For months, investors have focused their attention on the debt crisis in Europe, but there are signs the spotlight is turning to the ability of the U.S. to finance its own budget deficit.

This week, some investors turned up their noses at three big U.S. Treasury offerings. Demand was weak for a $44 billion 2-year note auction on Tuesday, a $42 billion sale of 5-year debt on Wednesday and a $32 billion 7-year note sale Thursday. 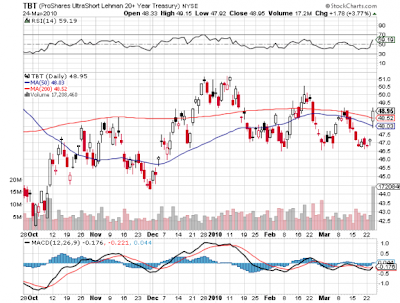 Why would anyone own this paper anyway?

But Japan pulled back from buying since their fiscal year ends on March 31, and the world's biggest "currency manipulator" China, probably did the same, just to get Uncle Sam's attention.

So all this talk about failed auctions, will be just that.