More misrepresentation by the bears 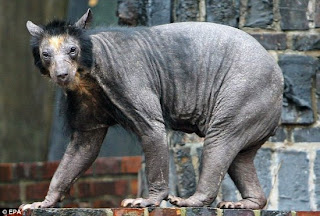 Denninger is frothing at the mouth with this bit:

Yeah, I know, Obama has said that there would be no "material" impact to finances until 2014.

Truth: Caterpillar and John Deere already announced non-cash charges of $100 and $150 million, respectively, for this year based upon the impact of this bill on forward retiree health care costs.

The law says you must account for such changes when you become aware of them, and that would be now.

Caterpillar's charge of $150 million is really only about $7 million:

WSJ
The loss of tax deductions for Caterpillar would be closer to about $7 million a year, or less than 1% of last year's profit of $895 million, based on a 35% corporate tax rate and the $20 million in annual subsidies that the company said it expected to receive in papers filed with the Securities and Exchange Commission. Mr. Dugan confirmed by email that these figures are accurate. 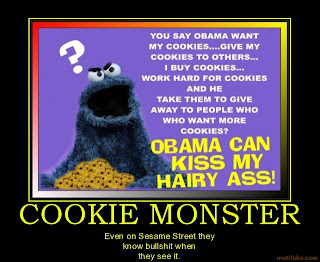 These companies are actually taking an excessive charge and putting it in their cookie jar to help out with earnings later.

And John Deere, Caterpillar, Verizon and AT&T were vocal opponents of ObamaCare, and now they are just using these charges for accounting gimmickry. And to make a statement.

But don't let the facts get in with a good hysterical story by the bears.

But then again, now that the NASDAQ has risen 100%, the S&P 80% and every other emerging market 80-90-10-110% across the globe, these astute, intelligent, tea-party toting bears bring out their magic math nwhile still callling this a bull rally in a secular bear market!!

That being said, Denninger is always a great read.

Which is more than he would ever say about this.

But a good read, and calling the market are two different things!
Posted by Palmoni at 5:19 PM