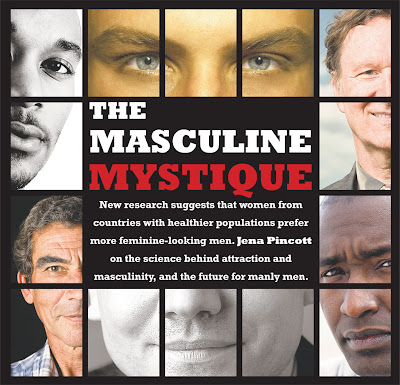 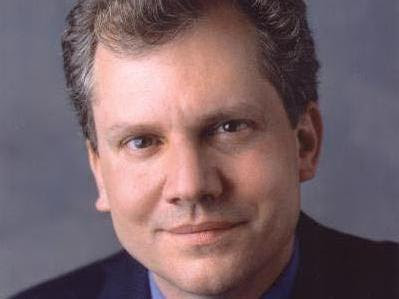 "They could predict how masculine a woman likes her men based on her nation's World Health Organization statistics for mortality rates, life expectancy and the impact of communicable disease."

Since the United States has a lower mortality rate and higher life expectancy and some testosterone laced men have a higher incidence of infidelity ----"But if health comes at the expense of fidelity and good parenting, how much does masculinity really matter?"

Thus women in the United States are safe to choose the antitheses of the Jesse James type, and choose, as Schwarzenegger would say, "girlie men."

Because, as the WSJ intones, "In the Face Lab study, women with the weakest masculinity preferences tended to live in some of the healthiest countries."

So who needs the testosterone laced male? So who did Murdoch, of the WSJ put a face on the "girlie man" that a weak women would choose? (Check out the three grid jaw above in the WSJ grid at the bottom of that picture with that of the man below it. Evidently Murdoch decided to show his jaw in black and white, because he wanted this to be an arm's length story. Fair and balanced. The B&W picture doesn't show Arthur's pancake makeup!!)

None other than Arthur Sulzberger, the publisher of the NY Times.

You can find his picture here, on the NY Times website, where he is known as its publisher.

Henceforth known as "girlie-man" by Rubert Murdoch of the WSJ!
Posted by Palmoni at 3:30 PM