The over/under on the Jesse James mistress count rises 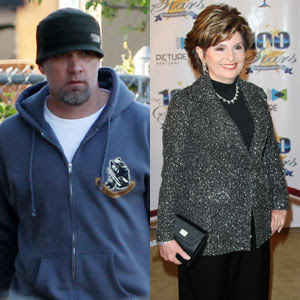 It's already up to 4--And like Tiger's girls, the latest has hired Gloria Allred to represent her.

Show me the money!

Here's what Gloria Allred said in her money shakedown:

“He pursued her and had strong feeling for her. She is in the process of trying to decide if she will come forward. She has proof of their relationship including hundreds of text messages, emails and photos. The relationship JUST RECENTLY ENDED after the scandal broke."

Gloria Allred is now the defacto pimp middleman for those who didn't hire a pro in the first place.

That guy is such a jerk!!

His over the top machisimo reeks of a insecurity problem.
To me it shows he is psychotically insecure in his manhood and has to act all tough guy and alpha male to compensate.
I mean, who really would do a show titled J.J. is a dead man?? Got a death wish of some kind?? Or is it more of the insecurity overcompensation going on?

Reminds me of the ultimate symbol of manhood insecurity; jacked up trucks with huge tires.

A couple weeks ago, I was watching one of these giant truck shows, mudding and mowing over junk cars, the day after I left an Equestrian horse show.

It was my refined redneck weekend.

But I did take some pictures, and one of these days, I'll have to post them.

They've been listening to you.

They have a pink border!