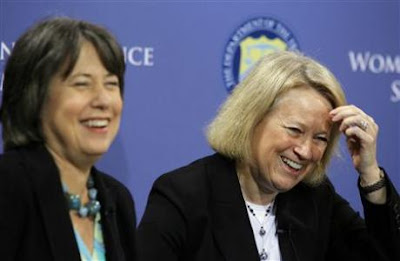 In opening a Women in Finance Symposium that brought together top female government figures such as Sheila Bair and Mary Schapiro, Geithner said he recently read an article asking what it would be like if women ran the hyper-competitive money hub of the United States.

“It’s an excellent question. But kind of a low bar,” Geithner joked, eliciting laughs from the gathering in the historic Treasury Cash Room. “How, you might ask, could women not have done better?” 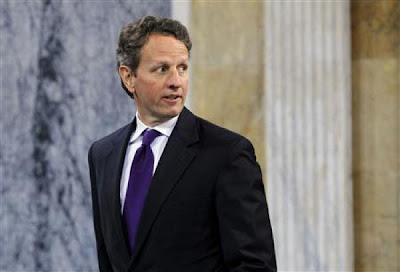 But did anyone see how Geithner looked after he left this estrogen packed crew?

It looked like he wanted to take a shower! 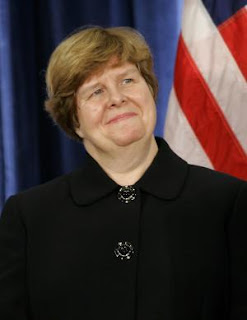 And you had more at this lovefest.

White House economic adviser Christina Romer said she still has "pinch me" moments walking into the West Wing of her office building.

She said her husband recently gave her a reality check after she vented about a marathon meeting with President Barack Obama.

"My husband said, 'Listen to what you said,'" Romer said
Posted by Palmoni at 5:30 AM

They killed MPG. Now what?

what are your thoughts on MPG? is this really going to start moving up?

Getting raped in MPG. Don't know what to do. Help! Dan Zanger and Apoolega probably sold.

Your blog has been recommended to us as a interviewee's favorite blog!

We would like to do an interview with you about your blog for Blog
Interviewer. We'd
like to give you the opportunity to
give us some insight on the "person behind the blog."

It would just take a few minutes of your time. The interview form can
be submitted online here Submit your
interview.