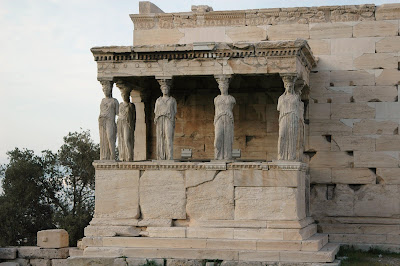 Oh My! I thought this wasn't supposed to happen! It's just one big happy bailed out world!

BRUSSELS (AP) -- Greece won a major pledge of financial support from the other countries that use the euro and the International Monetary Fund in a deal that aims to halt a government debt crisis undermining confidence in Europe's currency union.

It could be tapped only if Greece or other financially troubled eurozone members cannot raise funds from financial markets. It would require the unanimous agreement of the 16 eurozone countries to release the loan funds.

The deal at a summit meeting Thursday night in Brussels was a clear victory for German Chancellor Angela Merkel, who had taken a tough line on any bailout. She demanded that a rescue for Greece only come when the country runs out of other options and said it must include the IMF.

It was also a comedown for the French and the European Central Bank, which had opposed turning to the IMF out of fear it would damage the euro's prestige and show that Europe was unable to solve its own financial woes.

And Bill Gross was just warning us about Greece and the PIIGS:

These three important conditions render an immediate negative answer when viewed from an investor’s lens focused on Greece for instance: 1) Greece can’t issue debt in its own currency, 2) its initial conditions and demographics are abominable, and 3) its central bank – The ECB – believes in positive, not negative, real interest rates. Greece therefore must extend a beggar’s bowl to the European Union or the IMF because the private market vigilantes have simply had enough. Without guarantees or the promise of long-term assistance, Prime Minister Papandreou’s promise of fiscal austerity falls on deaf ears. Similarly, the Southern European PIGS face a difficult future environment as its walls whisper “the house needs more money, the house needs more money.” It will not come easily, and if it does, it will come at increasingly higher cost, either in the form of higher interest rates, fiscal frugality, or both.


Even when you are in an uncomplicated market!
Posted by Palmoni at 8:23 PM

P, Thanks for your awesome insight! They sure did bailout Greece just like Dubai was bailed out. You have had so many amazing calls the past year but my skepticism never allowed me to profit through those.

Anyway, my question to you is this. Do you think the economy is fundamentally weak and what we are seeing now is a Ben induced rally. If that is the case, won't it start to falter at some point? Do you still think we get to 1440 by June? Or do you believe the underlying economy has is getting better? I mean unemployment still seems to be staggeringly high.

Good Friday marks the turn in unemployment. The economy is turning, and the higher stock market is leading it.

The fundamental weakness of the economy will soon be looked as at its fundamental strength.