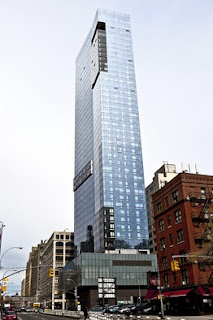 WSJ
The Trump SoHo hotel and condominium has too many vacancies.

The 46-story building is scheduled to open April 9 in Manhattan. Sales were initially brisk, but only about a third of the 391 units are now in contract. What's more, it isn't clear how many of those will actually close, because that process won't begin until the hotel opens.

The hotel, which was announced on a episode of Donald Trump's hit television show, "The Apprentice," is another of the boom-time projects that looked easy to finance until the recession hit. Recently, Bank of America dumped a mezzanine loan on the project for a fraction of its $75 million face value, according to people familiar with the matter. Now, the developer is in restructuring talks with lenders who hold some $350 million in debt.

Other condo-hotel projects under the Trump brand have run into trouble.  The Trump International Hotel & Tower in Fort Lauderdale, Fla., faces foreclosure after developers defaulted on a $139 million loan, though the Trump Organization had only a licensing agreement that has since been terminated. 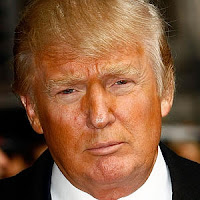 The issues facing the building also provide the latest glimpse into how Mr. Trump has managed to navigate the economic downturn largely intact. As was the case with many of his projects over the past 15 years, he has invested none of his own money in the Trump SoHo. His deal with the developers, a venture of Sapir Organization and Bayrock Group, is primarily a hotel-management and licensing arrangement.

What did you expect the Donald to do with his spare time? Work on his tan?
Posted by Palmoni at 6:43 AM

How does this perennial loser keep getting idiots to finance his flops??

The guy has more bankruptcies than most people have sex partners yet he somehow manages to fall up.