Now we know why Tiger and Jesse took down the skanks.

Here's some pictures of some of the Victoria Secret models frolicking in a pool. 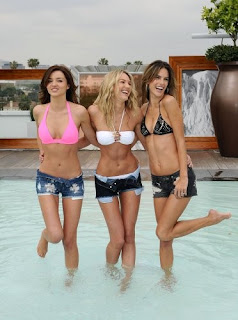 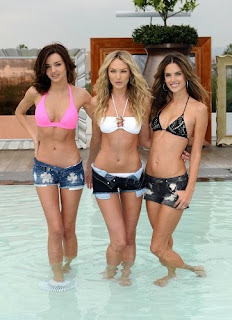 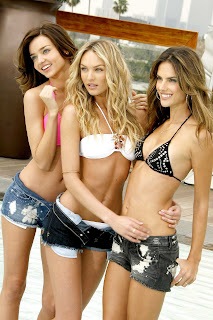 Why the background pictures by the pool? Probably so you won't know where the pictures are being taken.

Because if you want talent like this, it will cost you $15 million bucks.

Sheik Muhammed Abdullah Menish "supposedly" paid  that for the girls to "hang out" at his palace pool in Dubai for a photo session.

So now Tiger can justify the $2000 he was spending.

I guess he didn't have spring the $19 for the DVD.

Maybe he'll take the $500K to pose for playgirl now that he won't have the Bullock subsidy.
Posted by Palmoni at 9:14 AM