The Sprott Physical Bullion Trust (PHYS) is now holding 286,870 ounces of gold, with a market value of $327,003,510. The estimated net proceeds of their IPO are approximately $390,000,000, possibly higher depending on total fees for the IPO and initial bullion purchases.

It will be interesting if we can see identify the drawdowns in the inventories that sourced this gold, wherever they may be. There are those who contend that the supply is coming from the unallocated inventories of bullion banks who are engaging in a kind of 'fractional reserve' gold selling to their customers.

Notice how gold ramped $80 on a purchase of just 9 tons of gold. There is speculation that the LBMA, with the following clearing members

-- The Bank of Nova Scotia

have been selling gold from their inventories to multiple parties--fractional gold lending, if you will, at a scale that would make Madoff a piker.

HSBC and JPMorgan Chase are the biggest short sellers on the New York Commodity Exchange. Together they own 95 percent of the over-the-counter precious metals derivatives. They are also custodians of the bullion supposedly held by the GLD and SLV exchange-traded funds, respectively, and they are clearing agents for the LBMA. 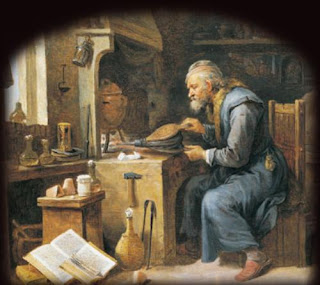 That is one fine set of credentials. These banks are so arrogant and confident that their racketeering will not be exposed that the quarterly publication of the LBMA is titled "The Alchemist."

In 2003 Graham Tucker, chairman of Gold Bullion Securities, made a presentation to the annual LBMA precious metals conference about his firm's new gold-backed ETF that today trades on the American Stock Exchange under the ticker symbol "GOLD." The transcript of his speech can be found here:

In that speech Tucker said:

"There are three essential components of [a] listed security, in our opinion. Firstly, ownership of the gold; investors want allocated gold, not a third-party credit risk, which is what unallocated gold is. In fact, you could argue unallocated gold isn't gold; it's just a piece of paper issued by a bank, and in most cases, unsecured risk."

You have to remember that this is a speech being made in front of all the members of the LBMA. You simply can't make such a statement in front of such a crowd if it isn't true. And we know it is true because the LBMA says the same thing on its Internet site.

Members of the London bullion market typically trade with each other and with their clients on a principal-to-principal basis, which means that all risks, including those of credit, are between the two counterparts to a transaction.
The LBMA peddles gold promises to those gullible enough to trade off convenience against title.

Many people do not understand what fractional reserve accounting means. (It's just a kite!)

..The LBMA sells more gold than it has. It knows from statistics on average how many clients will ask for delivery and that determines the LBMA's minimum stock level.
When more gold is demanded than the bullion banks can deliver, they try to lease or buy gold from central banks. If this can be done in a timely fashion, the bullion banks' clients are none the wiser. If the central banks cannot provide supply, then the bullion banks are obliged to offer premiums over the spot gold price to encourage clients to accept cash in lieu of metal.

We are hearing anecdotal stories that recently there have been cases of premiums of up to 25 percent being offered for gold buyers to settle in cash instead of metal. It would seem that the bullion banks have pushed the game too far and are on a collision course with default. In addition the central banks have dishoarded a large proportion of their gold and are not in a position to come to the rescue of the bullion banks as much as in the past.
----
The London Bullion Market has  15,000 tons. How is it possible that only 9 tons of gold, with real, actual physical delivery causes gold to move up $80?

Sprott bought 300,000 ounces, but he takes delivery, and gold goes up $80. On the LBMA exchange 19.8 million ounces were exchanged between parties in January each day! If you look at their chart, you'll think that is the amount of gold that is transferred each month, when it is the average daily amount. Why make it clear, when you run a ponzi scheme? The information is proprietary!

But to keep the game going, you always have to make good delivery. Thus when Sprott takes down actual physical gold, the price rises, because the LBMA doesn't want anyone else to panic, and the LBMA member banks, can continue to sell gold that doesn't exist. 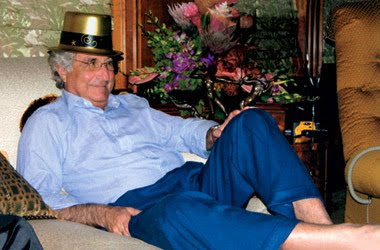 Madoff style!
Posted by Palmoni at 8:34 AM

The Globe then sent a pair of earrings to each of two mail-in cash-for-gold companies, and awaited a check for their value. The third pair was taken to a jewelry shop and, later, to a mall kiosk that buys jewelry.