WSJ
"It's really looking good," said Erin Armendiger, managing director of the Baker Retailing Initiative at the Wharton School. And while stores did close as heavy snow fell, especially in the Northeast, sales were promising nonetheless, "which suggests we would have done even better," Ms. Armendiger said.

More important, observers said, will be how March shapes up because it is a longer month and will include more spending related to Easter, which falls on April 4, earlier than last year.

And what happened to Goldman's removal of ANF from their conviction buy list on Janury 8, when that name was at 33?

ANF came out with comp sales +5%, when the consensus was for -6.7%. So what happened to those bears who said ANF's strategy of not discounting, and getting more inventory on their shelves wouldn't work?  How did that thesis play out?

But speaking of Goldman, I bought that number today, and even took down calls on it. The so-called "Volcker Rule?" Toast! So I'll cheer the squid!

Heck, what does the chart say? And it has sat long enough, and endured all the bad press in the world, so that name is ready to rock.


And if Macy's can say that, doesn't that mean that JWN was just low balling the second half of 2010 when they had their discussions with analysts? 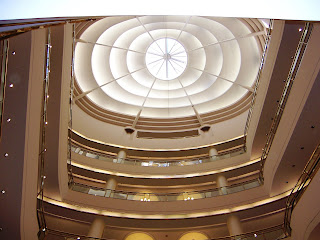 After all, for the sixth month in a row, transactions per store were positive, and for full line stores, sales were up 12.2%--and this time California had a noticeable impact. CA is 1/3 of Nordstrom's sales, so that could have a material impact on JWN's numbers!

And that ain't in the stock!
Posted by Palmoni at 5:24 PM