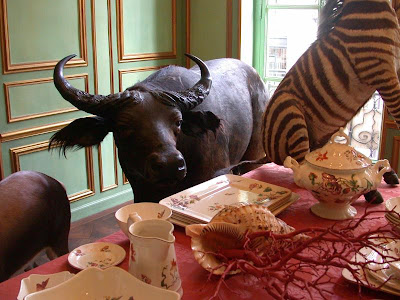 Check out this story in the WSJ:

Problems abroad -- from the meltdown in Greece to a Japanese economy that seems stuck in permanent recession -- are making U.S. stocks look better and better, at least in the short run.


In recent months the massive rally that lifted the Dow Jones Industrial Average 60% off bear-market lows hit one year ago has largely stalled out. The widely watched market indicator has been stuck in a relatively narrow range since November..


For many investors, it's understandably tough to feel good about investing in U.S. stocks. After all, the job market remains bleak, home prices are still down sharply, and there's considerable uncertainty about events in Washington.


But most economists believe the U.S. economy is slowly mending at a pace faster than other major developed economies. "We've done a better job on growth and will continue to do better on growth relative to Western Europe and Japan," says Bruce Kasman, head of economic research for J.P. Morgan Chase...


Many analysts say that playing a revival in U.S. stocks should center around higher-quality, large companies, such as those in the S&P 500. That can be accomplished either through an index fund or actively managed portfolio.


Many of the biggest, blue-chip stocks didn't rally as much as others during 2009 and their valuations are more likely to be reasonable. In addition, these companies tend to have substantial non-U.S. businesses, which provides continued exposure to emerging markets and a hedge against economic activity picking up elsewhere.

The WSJ warned us that the Dow was going to 5,000--over a year ago, of course March 9, on the exact day of the bottom:

As earnings estimates are ratcheted down and hopes for a quick economic fix fade, the once-inconceivable notion of returning to Dow 5000 or S&P 500 at 500 looks a little less far-fetched.

In April, after a rally they said

By Most Measures, Stocks No Longer Look Cheap

While this bounce might not mirror November's, it still has the hallmarks of a bear-market rally.

And then in May:

By Most Measures, Stocks are No Longer Cheap


The outlook for stocks has brightened but, thanks to the big rally of the past two months, the market is no longer a bargain. 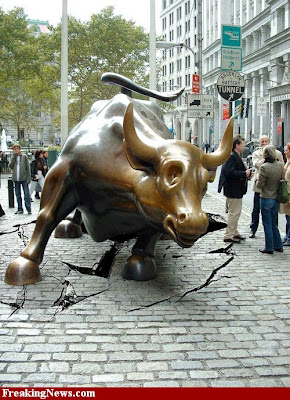 Rarely has the stock market seen a six-month rally like the one it just turned in. The Dow Jones Industrial Average's 46% surge was one of just six of that magnitude in the last 100 years. And that is exactly what worries many analysts.

Look for some more conversions!
Posted by Palmoni at 7:28 AM

But wouldn't that be a contrarian indicator?