A-Rod and Tiger to be questioned about Dope Doctor 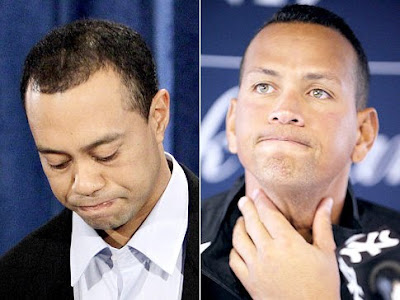 Alex Rodriguez and Tiger Woods may be on deck to be questioned by the federal agents who interviewed Mets shortstop Jose Reyes last week about a Canadian doctor who is under investigation for alleged drug violations, a source closely involved in the case told the Daily News Sunday.

The source, who spoke on condition of anonymity, said the agents have indicated that they will continue talking to other athletes about a Toronto sports medicine doctor named Tony Galea, and may issue subpoaenas for the grand jury investigating Galea.

Surely there must be something more important for the Feds to investigate.

Next maybe Congress will hold a hearings about it. That's the ticket.