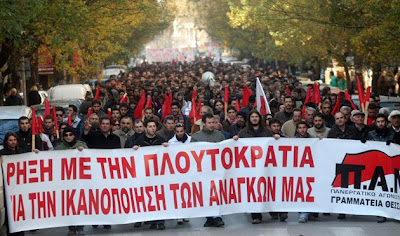 WSJ
A plan led by Germany and France to bail out Greece with as much as €30 billion ($41 billion) in aid began to take shape amid intense and risky jockeying between Athens and Berlin over timing and terms.

Because they want to pretend the bailout will be done, before Greece Prime Minister George Papandreou visits the White House on March 9, with a side visit with "Pallet Tim!"

Heck, Pallet Tim helped misplace 363 tons of cash, or $12 billion in cash in Iraq, and no-one knows where it is!

How tough then, is an electronic bailout of Greece?

When you don't even need a pallet?
Posted by Palmoni at 7:48 AM