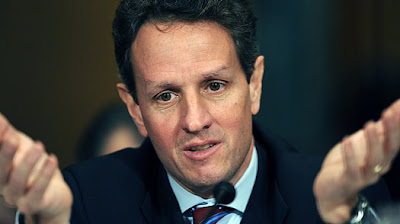 Lehman gamed the system by using a Repo 105;

Lehman employed off-balance sheet devices, known within Lehman as “Repo 105” and “Repo 108” transactions, to temporarily remove securities inventory from its balance sheet, usually for a period of seven to ten days, and to create a materially misleading picture of the firm’s financial condition in late 2007 and 2008.

and Lehman, according to Timothy Geithner, was a"solvent institution" since the Fed only lends to "solvent" institutions.

Furthermore, staffers from the NY Fed were intimately aware of Lehman:

From 2003 to 2009, Treasury Secretary Timothy Geithner served as President of the Federal Reserve Bank of New York (“FRBNY”). The Examiner described to Secretary Geithner how Lehman used Repo 105 transactions to remove approximately $50 billion of liquid assets from the balance sheet at quarter-end in 2008 and explained that this practice reduced Lehman’s net leverage. Secretary Geithner “did not recall being aware of” Lehman’s Repo 105 program, but stated: “If this had been a bank we were supervising, that [i.e., Lehman’s Repo 105 program] would have been a huge issue for the New York Fed.”

Jan Voigts, who was an Examining Officer in FRBNY’s Bank Supervision Department, had no knowledge of Lehman removing assets from its balance sheet at or near quarter-end via a repo trade treated as a true sale under a United Kingdom opinion letter.

Arthur Angulo, who was a Senior Vice President in FRBNY’s Bank Supervision department, likewise was unaware that Lehman engaged in repo transactions at quarter-end.

And Dick Fuld couldn't recall this either! 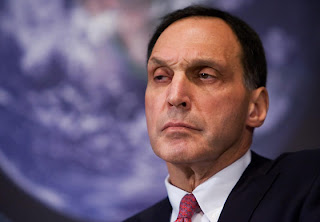 So how large is this Repo that no-one remembers, that masked Lehman's books?

That they, the FRBNY supervisors, the CEO of Lehman and Timmy Geither, just can't recall! 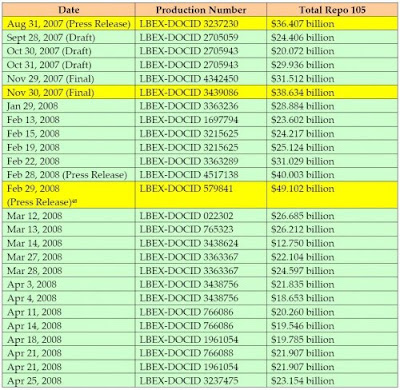 So Wall Street will now buy the regional banks, and in size. Like Fifth Third (FITB 13.28).

Because at least those banks, won't have books cooked like the money centers!
Posted by Palmoni at 8:10 AM

Finally the regions have life again. Are u playing and if so what?

Hi Palmoni. If you don't mind this question: I believe SP500 could go to 1440, and I believe the financials could get a good run here, but do you think technology still has that kind of room to run? Thanks for all you do.

Hi Palmoni. If you don't mind this question: I believe SP500 could go to 1440, and I believe the financials could get a good run here, but do you think technology still has that kind of room to run? Thanks for all you do.

Did anyone read the blog? Does anyone put the idea of insolvency together with banks? Probably more than a third of the banks listed on the "smaller list bank" lists will be closed in the next two to three years. Just look at the MBS holdings of the Fed and how they have written them down and then rescently resold them to these same banks at $0.50 on the dollar. Do you think what they held before should be written down? By 20 or maybe 30%? Guess what - they write down 20% of the value of their loans (which is blue sky nirvanna) they are insolvent. Wake the fuck up!

With all due respect Palmoni, how can you say that the regional banks do not have their "books cooked". I would surmise that the regional banks are the most insolvent of the bunch due to their inability to obtain Fed funds like the large banks, as well as their large exposure to residential real estate and construction that is near dead.

Making claims like this is irresponsible and unethical given the state of the financial institutions, and your inability to examine their balance sheets becuase of FASB standards manipulation and very little Fed oversite.