Pelosi knew about Massa's tickling before she acknowledged it 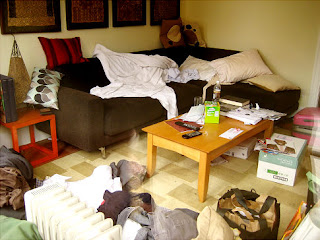 In October, Massa's chief of staff told Pelosi's office the then-congressman was living in a townhouse with some of his congressional aides and that he had used "strong" language that made them feel uncomfortable, the leadership aide said. The Massa aide, Joe Racalto, also voiced concern "about the way Massa runs the office" and added he had asked the congressman to move out of the townhouse, the aide said.

Disgraced ex-Rep. Eric Massa insists he never sexually abused anyone, but he filled his Capitol Hill rowhouse with low-paid male staffers in an arrangement ripe for trouble.

"It's like he had people trapped," said a Hill source.

Sordid new details emerged yesterday of a pattern of behavior that went back to his 20 years as a naval officer, as ex-shipmates came forward to describe incidents of groping and perhaps worse.

After resigning, Massa called his "inappropriate" behavior a carryover from his Navy days. 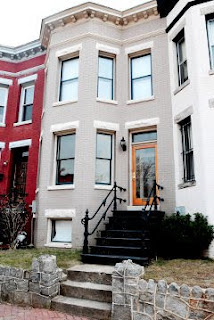 The Massa house--don't bring a blacklight in there! CSI would have a field day!
Posted by Palmoni at 8:03 AM

hey guys! Are you guys still posting your research docs ? I check Scr& D-S, but haven't seen anything . I heard Scr is getting annoying in that respect..

Just wondering if there is somewher else i should be looking.

Thank you WSBll for the blog and posts!