The latest from Bill Gross 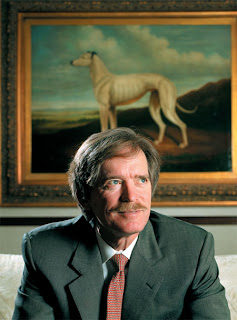 Bill is warning us about debt again--but the true response that the market is interested in is "Don't Care" which just so happens to be the title of his latest piece.

But he did have something very worthwhile--and it was cocktail conversation--complete with graphs! (Which means Bill isn't spending $66,000 on drinks!)
----------------------------
I haven’t gone to a cocktail party in over 10 years. Granted, perpetually watching Seinfeld reruns on Friday and Saturday nights makes for a dull boy, but the alternative is excruciating. Uh, which would I prefer – solitary confinement or water boarding? I lean strongly in the direction of a warm bed and peace as opposed to a glass full of tinkling ice cubes and a room resonating with high-decibel blather. I suppose the parties wouldn’t be so bad if there was something original to be said, or if “you” had a genuine interest in “me” as opposed to “you,” but let’s face it folks, no one does. The only reason any of us really cares about cocktail conversations is to quickly redirect someone else’s stories into autobiographies that we assume to be instant bestsellers if only in print. If not, if the doe-eyed listener seems simply fascinated by what you’re saying, you can bet there’s a requested personal favor coming when you finally shut up. “Say Bill, I was wondering if you knew somebody at…that could…” Yeah right! But, as my chart shows, 90 seconds into a typical conversation, no one gives a damn about you and your problems – maybe those shoes and that dreadful eye shadow you’re wearing, but not anything audible coming out of your mouth.

During that unbearable minute-and-a-half, however, you’re likely to have covered some of the following topics:
Actually, the “afterparty” is the best party of all – driving home with your partner and dissing all of the guests.
Posted by Palmoni at 10:35 AM

HUSA is at another new high great call

what is your thoughts on jumping in on HUSA at this level?

are you still playing JTX?

thanks! was just in vegas this past week...still a little slow but the city center is amazing