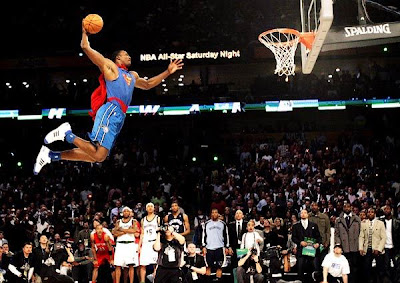 McDonald's confirmed today NBA All-Star Dwight Howard of the Orlando Magic has renewed a multi-year agreement with the company, extending a relationship that dates back to 2008. Although financial details of the contract will not be disclosed publicly, Howard's agreement includes support of several McDonald's programs, promotions and other initiatives in coming months. 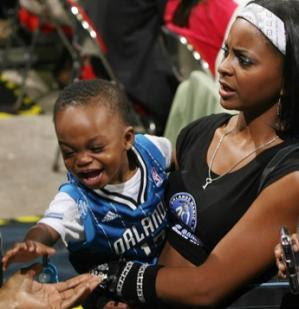 Maybe that will take the news off of his baby's Mama, who Dwight has already filed two lawsuits against, because he claims, she has been defaming him. His baby Mama, Royce Reed was filmed dancing at Terrell Owen's Super Bowl pool party in Miami a few days ago.

I'm sure she'll want some of that $$, since she was dancing for a couple basketball tickets!

And what is really funny is that a lady was in the pool, a good ten feet away--and if you look closely, even from that distance, she was wearing a rubber glove!

Looks like Superman didn't hook up with Lois Lane!
Posted by Palmoni at 1:43 PM

I wonder if there was an after party!

omg that is too funny!

I'm in a love/hate relationship with digital memory because of how prices are always,and I mean always dropping. I hate buying SDs for my R4 / R4i at (what seems to be) a cheap price only to see it become a whole lot more cheaper a couple of weeks later.