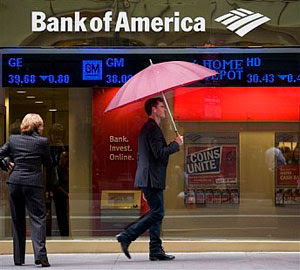 WSJ
In a written order, the judge asked for material related to the termination in December 2008 of the bank's then-general counsel, Timothy Mayopolous, and the "extent of participation" after November of that year by the bank's attorneys at Wachtell Lipton Rosen & Katz in evaluating the disclosure issues raised by reports of increased losses at Merrill Lynch prior to the merger approval date.

The judge also asked for information about anyone affiliated with the bank or its lawyers who recommended a pre-merger disclosure to the bank's shareholders about Merrill's post-September losses. He also wants to see material regarding anyone affiliated with the bank who recommended a pre-merger disclosure regarding decisions that had been reached by the bank to allow Merrill to distribute billions of dollars in year-end bonuses.

The judge gave the parties until Feb. 16 to submit the material, which includes deposition testimony, documents and emails.
------
The SEC said they couldn't find anything; Judge Rackoff says he'll try! $150 million? Not so fast!! 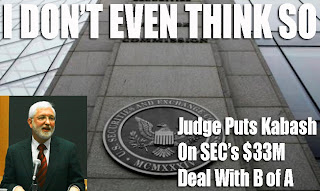 And the banks only anted that up, after Rackoff said $33 million wasn't enough!
Posted by Palmoni at 7:35 AM

Any thoughts on MYRX os is that play over?

I know people at BAC companies that are branch managers. These guys normally get a bonus at the end of the year. They didn't get one this time and were told it was because of TARP. Yet the top executives still did. The crooks continue on their merry way.

i see the poo poo platterrrr

Just flipped CMI at 55.80 when it broke thru the new high!

So I gave one thing back to the poo poo pltterrr!!

no way!!! we already had the crash that ended in March--memories are so scarred they always think another crash is coming!

was the same way after 87--every time the market started to tank they thought we would crash again!