A defense of Obama 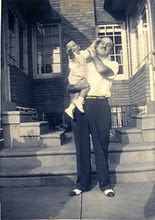 This was written by Ray Errol Fox at his blog, Son of the Cucumber King! I don't care what your political leanings are; right or left, front or center, but it really was one of the best written defenses of Obama I've seen this year.

Every newspaper in the country published Ellie Light's lightweight defense of Obama, but they left this one alone?
---------

I hate to kick a man when he’s up. The president’s State of the Union speech last night was exhilarating and touching. But…

This is what I was thinking before the speech:

What are they waiting for? Has the White House made all who enter tone deaf? The American people are screaming “jobs!” and the Democrats are only hearing “health care.” The people are imploring, “Talk to me!” and the president is scolding bankers and brokers. Americans are chanting “Now!” and Obama, Axelrod et al still have campaign huzzahs and hoopla ringing in their ears.

And why isn’t Rahm Emanuel screaming… anything?! (I’m listening for “Where’s the exit?”)

Now that I’ve heard the speech, my thoughts are:

If the race is not to the swift, is it to the slow to come around? I can’t see why not.

Clearly, President Obama was late coming out of the gate—so phlegmatically dilatory he had his visionary PACs shaking their heads and chomping at the bit to hedge their bets. That was going into the first turn. As all the front-runners he’s left in the dust know from the gritty taste in their mouths, Barack Obama’s a capital closer.

The real Barack Obama stood up last night. Stood up for the people who cling to their faith in his ability and resolve to make a difference. Stood up to the Party of No, the Supreme Court, and his own recalcitrant party.

Now that he’s spoken out, I know what he’s waiting for. For people to come to their senses. He can talk about listening to people in Elkhart, Indiana or Elyria, Ohio, but I believe he’s waiting for someone like the sobbing woman at an Arkansas town meeting who wants her America back to sober up and figure out what her America is or ever was. And waiting for many more like her.

Barack Obama is waiting, patiently, because Barack Obama is first and foremost, is and always will be what he supremely was, a community organizer. Not to recognize and grasp it is not to understand him. He learned how to bring people together and accomplish the seemingly impossible with little or usually no resources other than his own, namely, his brain, his soul and his remarkably indefatigable will. In Dreams of My Father, he tells of organizing a protest to present the problems and living conditions of people from a poverty- and crime-stricken Chicago slum to a Chicago municipal authority. Lacking faith in a system that had all but abandoned them, only two or three people from the neighborhood showed up to board the bus Obama has arranged, not easily, for the trip to downtown Chicago. Refusing to let it end there, he went around the neighborhood rounding up people, more than enough, to make a good showing. Wednesday night, he wasn’t exaggerating when he said, “I don’t quit.” He doesn’t.

This guy should write for Obama. He almost convinced me that Obama was good for this country even though "he supremely was, a community organizer"

"his brain, his soul and his remarkably indefatigable will"

It has a Martin Luther King cadence to it

Palmoni-you getting liberal on us?