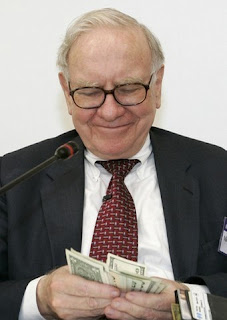 In my view a board of directors of a huge financial institution is derelict if it does not insist that its CEO bear full responsibility for risk control. If he’s incapable of handling that job, he should look for other employment. And if he fails at it – with the government thereupon required to step in with funds or guarantees – the financial consequences for him and his board should be severe.

It has not been shareholders who have botched the operations of some of our country’s largest financial institutions. Yet they have borne the burden, with 90% or more of the value of their holdings wiped out in most cases of failure. Collectively, they have lost more than $500 billion in just the four largest financial fiascos of the last two years. To say these owners have been “bailed-out” is to make a mockery of the term.

The CEOs and directors of the failed companies, however, have largely gone unscathed. Their fortunes may have been diminished by the disasters they oversaw, but they still live in grand style. It is the behavior of these CEOs and directors that needs to be changed: If their institutions and the country are harmed by their recklessness, they should pay a heavy price – one not reimbursable by the companies they’ve damaged nor by insurance. CEOs and, in many cases, directors have long benefitted from oversized financial carrots; some meaningful sticks now need to be part of their employment picture as well.

Warren is the "Chester the Molester" of Wall Street. How he maintains his deified image is beyond me.