100,000 apartments teetering on the edge in NYC 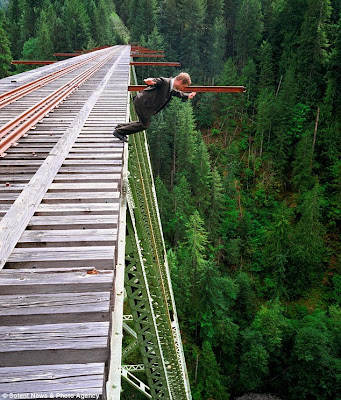 As landlords find themselves owing more than their properties are worth, some have simply walked away, leaving garbage to pile up. Others have disappeared into bankruptcy, with unpaid utility bills. Some have tried to reduce their losses by neglecting basic maintenance.

"There are 100,000 apartments teetering on the edge" in New York City alone, said Harold Shultz, senior fellow at the Citizens Housing and Planning Council. "And depending upon the way various winds blow, they could fall over."

Across the country, multifamily mortgages covering 340,000 apartment units and worth an estimated $28.8 billion were delinquent or in foreclosure at the end of 2009 — more than 18 times the sum from two years earlier — according to Real Capital Analytics.
Posted by Palmoni at 8:20 PM

As financing gets tighter and the stress continues for all those apartment buying financing. Manny of New York City management companies and NYC developers looking to list out their condominiums (Condos), Lofts and apartments for rent as a NO FEE Rentals all Over Manhattan including Battery Park, West Village, Chelsea, Tribeca, Financial District, Flatiron, Hudson heights, UES, UWS. Visit New York City Apartments at www.apartments-new-york-city.com