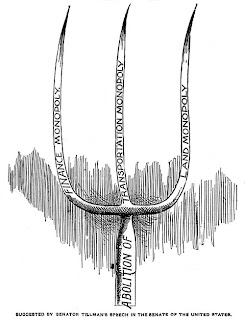 Within our personal compass, Wall Street and the banks, which had such a key role in the decline and fall of the financial system and the economy, rank right up there among the entities that folks love to hate, and, we have to say, deservedly. The rapidity with which, thanks to Uncle Sam's solicitude and unstinting generosity, those miscreants recovered and prospered sufficiently to play the same old games has only fanned that smoldering animosity. Wall Street seems as tone deaf as Washington and just as unaware of the quantum leap in the public's perceptive capacities and the speed and volume of its response to what it perceives.

Ordinary folks might not recognize a structured mortgage-backed security if it hit right them right between the eyes, but they weren't born yesterday. You don't need to have a Ph.D. in economics -- it probably helps if you don't -- to grasp how specious is the plea offered by the major banks and their economist camp followers that they had essentially no role in the subprime fiasco that triggered the great recession. Give us a break, please.

Stoking the mutinous mood among so much of the population is the big stall in Congress of any corrective measures to lessen the chances of another credit bust and economic debacle, a state of stasis that owes more than a little to the big bucks the lenders have invested in lobbying the lawmakers.
Posted by Palmoni at 8:26 AM