Just listen to this speech, in his pulpit dialect. It was riveting, and almost mystical. Except it just wasn't true.

Here he tells the audience that Kennedy airlifted his Dad over to study with a scholarship. You have to listen to the speech, because he's just really selling it. But if you on the right side, and you can't handle the rhetorical flourishes, here's the transcript:

"It worried the folks in the White House who said, 'You know, we're battling communism. How are we going to win hearts and minds all across the world if right here in our own country, John, we're not observing the ideals set forth in our Constitution? We might be accused of being hypocrites. This young man named Barack Obama got one of those tickets and came over to this country. He met this woman whose great-great-great-great-grandfather had owned slaves. But she had a good idea there was some craziness going on, because they looked at each other, and they decided that we know that (in) the world as it has been it might not be possible for us to get together and have a child."

So here's the manifest, of those airlifted over. Barack Obama Sr? Missing in action.

But it still was a hell of a story, by  the storyteller in chief! 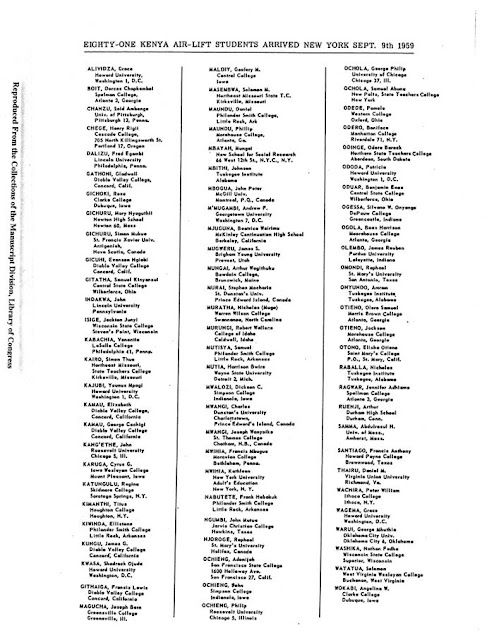 The Background Memorandum for Senator Kennedy is here.
Posted by Palmoni at 8:30 AM

Would you take profits on MGM Feb calls, or roll the dice on earnings tomorrow?

These companies can massage earnings and Goldman likes them--I think they'll be good.

But I'm one that always plays earnings--because most people I know don't!

And the only time I get to roll the dice is with earnings. Better odds than craps!

any thoughts on PRGN?
Thanks

Obama's speech was as good as the story was false.

Wasn't it great though? But he had to embellish it!

He's the salesman in chief. Look at the folks hiring snow shovelers in DC-wearing the Obama hat hoping they'll get some stimulus money hiring the hitchhikers going to DC to shovel snow!

That being said--I'm bullish on the stimulus money in the pipeline!

I cant even hit the play button on Obamas "stuff" anymore, he is sickening.

Palmoni, can you please explain to me why GGP was still tradeable? Didn't they file for BK? And when you do don't you lose it all?

Obama is really the best.

yeh HUSA is SCREAMING!!!! did anyone see the story in the WSJ? I'll post everything tonite

It costs about $10 million on average to drill a well in this area, Global Hunter Securities analyst Philip McPherson said. So at the rates the Candelilla wells are producing, a company working in this area could earn back its investment in less than a month, he calculated.

"There’s nothing in the U.S. you can drill onshore that will give you that kind of bang for your buck," he said.

"We’re very excited about the prospects we have and about recreating some of the success Petrominerales has had," Jacobs said.

here's that story in theNYT

since creditors get paid, the overage goes to shareholders--this time General Growth was the buy

Palmoni, are we topped out now ? do you think there is a sell off coming?

no--we had the sell-off/correction already--It was too sharp and vicious for us to fall back now--we go through 1100, and then 1170 should be the next target

Well we're almost there already... so then what??