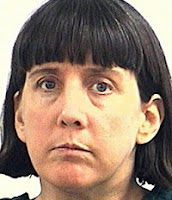 The profile of Amy Bishop in the NY Times is troubling:

Several people with connections to the university’s biology department warned that Dr. Bishop, a neuroscientist with a Harvard Ph.D., might have booby-trapped the science building with some sort of “herpes bomb,” police officials said, designed to spread the dangerous virus.

But the anxious warnings reflected the fears of those who know Dr. Bishop that she could go to great lengths to retaliate against those she felt had wronged her.

Over the years, Dr. Bishop had shown evidence that the smallest of slights could set off a disproportionate and occasionally violent reaction, according to numerous interviews with colleagues and others who know her. Her life seemed to veer wildly between moments of cold fury and scientific brilliance, between rage at perceived slights and empathy for her students.

In 2002, she was charged with assault after punching a woman in the head at an International House of Pancakes in Peabody, Mass. The woman had taken the last booster seat, and, according to the police report, Dr. Bishop demanded it for one of her children, shouting, “I am Dr. Amy Bishop!”

In 1986, not long after a family argument, Amy Bishop shot and killed her brother, Seth, 18, with her father’s 12-gauge shotgun, putting a gaping hole in his left chest and tearing open his aorta, according to the police report...

But Amy Bishop was not charged with a crime, and the shooting was never fully investigated by the police. She and her family said it was an accident, and the authorities accepted their version.

And in 1994, she and her husband were questioned in a mail bomb plot against a doctor at Harvard, where she obtained her Ph.D. and remained on and off for nearly a decade to conduct postdoctoral research...

Increasingly expressing concern about her family’s finances, Dr. Bishop hired a lawyer, her husband said, and filed a discrimination complaint against the university. He said she also began going to a firing range. In the weeks leading up to the shooting, he told reporters, he had gone with her to the range once. He said she claimed to have borrowed the gun she used...

Psychology Today and its view of Amy Bishop.
Amy Bishop and the Trauma of Tenure Denial

The strange police report on Amy Bishop that never was investigated.
Police file on Amy Bishop's 1986 shooting case
Posted by Palmoni at 6:14 AM

"In 1986, not long after a family argument, Amy Bishop shot and killed her brother, Seth, 18, with her father’s 12-gauge shotgun, putting a gaping hole in his left chest and tearing open his aorta, according to the police report..."

Seriously that was no accident!

The police report is another reason never to expect justice from cops.

Justice is in the moment, I'm afraid. How many perps walk away scot free from crime due to police apathy? I was taught from young that 9 out of 10 times justice is served up immediately, cops be damned.

The rest of the case is an example of the sheepish reaction people seem to have with a socialpathical personality. Its like people are afraid to confront them and call 'em out.
Great book on the subject, " The socialpath next door ".

This is a good example of why you should never let some degree or position blind you to psychotic behaivior.
Be them a Dr. , cop, judge or whatever, position in life is no assurance your not dealing with a nutcase. Don't be blinded because they hung some piece of paper on the wall.

Amy Bishop is a monster! Keep her locked up!