Eurostat to look into Greece's debt swaps with Goldman Sachs 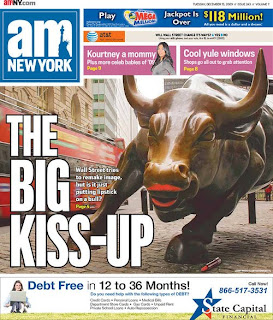 "Eurostat wasn't aware of this matter," said Amadeu Altafaj Tardio, spokesman for economic and monetary affairs. "We need information about what kind of transactions took place, if they did, and what was the effect on the government accounts in Greece."

Simon Johnson says that Goldman Sachs should be banned from Europe:

Instead, Goldman will probably be blacklisted from working with eurozone governments for the foreseeable future; as was the case with Salomon Brothers 20 years ago, Goldman may be on its way to be banned from some government securities markets altogether. If it is to be allowed back into this arena, it will have to address the inherent conflicts of interest between advising a government on how to put (deceptive levels of) lipstick on a pig and cajoling investors into buying livestock at inflated prices.

And the US government, at the highest levels, has to ask a fundamental question: For how long does it wish to be intimately associated with Goldman Sachs and this kind of destabilizing action? What is the priority here - a sustainable recovery and a viable financial system, or one particular set of investment bankers? 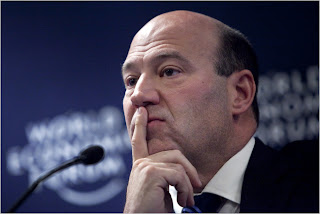 And who was Goldman's pig, that developed the securities that allowed Greece to spend billions while hiding the true state of their finances?

Gary Cohn. Who just a few months ago tried to do the same thing with Greece's health care system.

The bankers, led by Goldman’s president, Gary D. Cohn, held out a financing instrument that would have pushed debt from Greece’s health care system far into the future, much as when strapped homeowners take out second mortgages to pay off their credit cards.