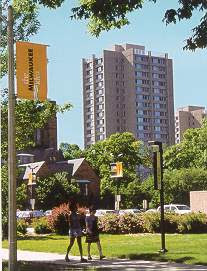 Feb. 26 (Bloomberg) -- Allianz SE, Europe’s biggest insurer, is putting more money into investments ranging from wind parks in northern France to parking meters in Chicago as it cuts stock holdings in a search for predictable returns.

Isn't that special? The bears at Allianz are so so afraid of stocks that they investing in parking meters!

Do you want to know I think about that strategy?

Its the same as in college. You piss on it! That's what I used to do!

Today, we hear about these big snowstorms. Well, in college, parking used to be free. Until they put up parking meters. So in the sub zero freezing cold of January in Wisconsin, in the frozen middle of the night I'd dress up in my parka, and then go out and pee on the base of the parking meters.

And then, I would viciously rock and shake the meter until I would crack the steel at the bottom.

I would then run home with the meter under my arm, and then throw it down the basement steps, about a dozen times or so, until it cracked open.

We'd then have pizza, paid for with dimes.

After the meter would be emptied, I would take it back and throw it outside Chancellor Frank Horton's doors. One day, after seeing parking meters disappear he thought he was going to be a superhero, and he was waiting for me, and he opened up the door when I was about 100' away. So I just put the meter over my head and charged him like a lunatic. He ran back into the office. I hit the door with the meter, and then ran like hell to get home before he could the campus police showed up.

The thrown parking meter at the door convinced the university to let up, and the parking by the chancellors office remained free.  (And that lot was only targeted because it was right next to the gym, and I didn't want my training partners to have to pay for parking, and it was close enough to home, so I could run away in case I was spotted.) At least for the year. And my student "protest" paid for pizza. 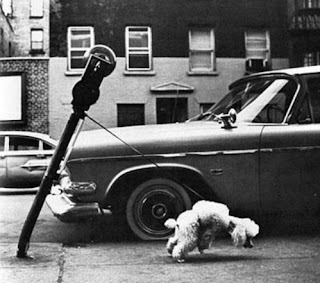 So now Allianz is so afraid of stocks that they need to buy parking meters?

What overpaid bureaucrat investment manager came up with that strategy?

Probably one that wants to be a University Chancellor!
Posted by Palmoni at 8:06 AM