Barrons: Let's see what happens with the stimulus in the pipeline first 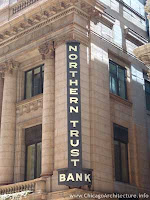 Barrons
PAUL KASRIEL, CHIEF ECONOMIST of Northern Trust, is something of an anomaly among practitioners of the dismal science. Not the least of the attributes that distinguish him from most of his peers, both on Wall Street and in academia, is that he's anything but dismal. He enjoys more than a passing familiarity with the mother tongue and renders his opinions, some of which might even be accused of being scholarly, with admirable clarity and blessedly devoid of econobabble....

He takes due note of the bitter arguments in Washington and saner climes over whether the 2009 stimulus package was an abject failure or too little and points out it's tough to say, because only some 30% of the $580 billion allocated in that program has actually been spent. All told, he reckons, 70% of the spending fiscal stimulus and roughly 56% of tax-cut fiscal stimulus are still in the pipeline.

Cutting through all the fuming, fuss and noise on jobs and the measures enacted and proposed to spur hiring, he suggests that before deeming the stimulus attempts a failure or cranking out a new, costly program, "let's see how the current one plays out when more of the funds have been dispersed."

Paul Kasriel's full report can be found here.
Posted by Palmoni at 8:34 AM