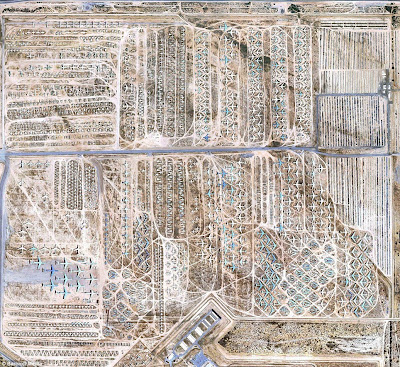 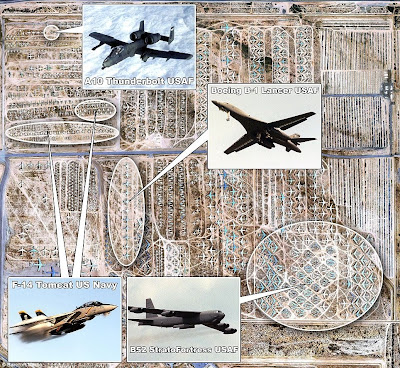 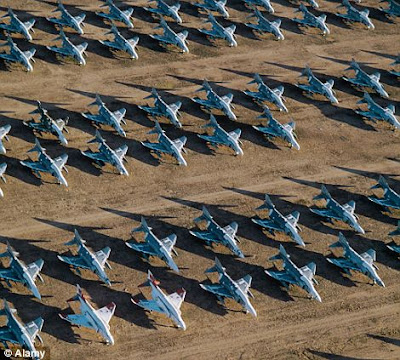 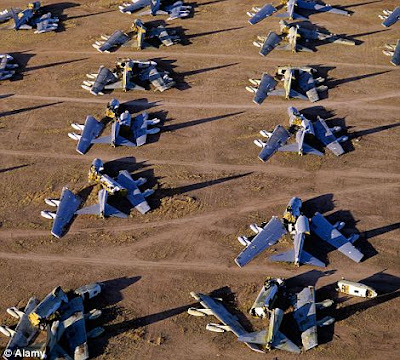 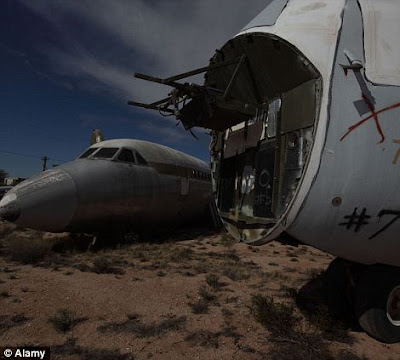 Remeber when these planes meant something?
(From Richard Russell's market letter yesterday)

When America was united and never gave a thought to making sacrifices. Below we see General Jimmy Doolittle thanking the thousands of employees at North American Aviation for their tremendous and tireless efforts. In the center we see a B-25 Mitchell medium bomber, which was my baby during the War. The people you see in this amazing photo, men and women, black and white and whatever, came from all over America. Many quit other jobs to build the planes that helped us win the war. Nobody talked or complained about sacrifices, even though many worked all night, three shifts, 24 hours a day. There were no comfy hours, they just built 'em.


Doolittle led the first bombing raid on Japan, and he did it with B-25s. (Photo credit, Reddie Archives, Bomber Legends)

The plane boneyard is the Davis-Monthan Air Force base from Google Earth.

That's where you get your spare parts. 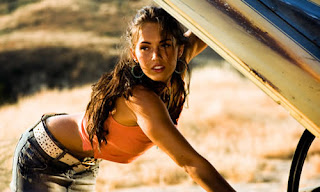 (filming was also done at Tinker Air Force base)
Posted by Palmoni at 8:12 AM