A tale of two sharts 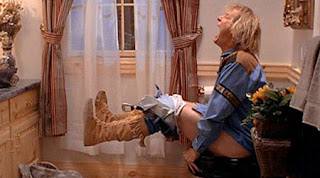 Last week, we heard the story about the Wall Street trader that tried to hold in his No. #2, but being drunk after eating a meat lovers pizza, and after a feeble attempt to hold in the goods, he eventually clogged the toilet, flooded the bathroom, and the Fire Department had to be called in. It was Wall Street's version of the most toxic dump (except their AAA packaged CDOs).

The story was picked up by the main stream media--businessinsider here--The Craziest Story About A Trader You'll Read This Decade.

The story had 30 comments.

Now we have the bodybuilder version--who is mixing way too many drugs--complete with drawings. That story had 38 pages of comments--but no-one picked it up.

So I will--and I'll take it out of the bodybuilder subculture to Wall Street who still thinks their sh*t doesn't stink!

Too funny. So are these: