Man lifts car off of girl 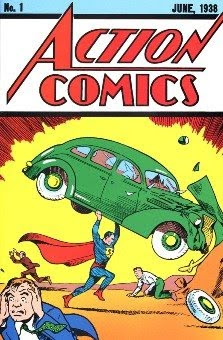 OTTAWA, Kan. — Is Nick Harris "Superman"? His neighbor Ashlyn Hough sure thinks so, after Harris reportedly saved the girl by lifting a car off her.

Harris was driving home after dropping his daughter off at school when he saw Ashlyn, 6, hit by a car that was backing out of a driveway. Ashlyn fell under the car, and Harris leaped to her rescue, according to Fox4KC.com.

"I just seen a child get hit, pushed into the street and rolled underneath the car," Harris told the TV station. "I grabbed the car, picked it up and pushed and moved it out of the way."

He's not quite sure how he lifted the Mercury sedan off the child.

"I've tried four or five times since then, (and) I can't do it, it's impossible," said Harris. "Christmas miracle, I guess."

Thanks for sharing the good and useful information here on the blog for us.
obat aborsi
tanda tanda kehamilan


Nice blog. Thanks for sharing this post.
Clipping Path Provider