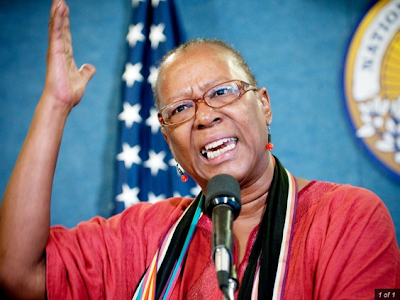 This afternoon, on arguably one of the slower news day of the year, the Obama White House released another document dump of “visitor records.” According to the White House, today’s batch total more than 25,000 records, covering meetings between September 16-September 30th.

According to the visitor logs, on September 2nd Bertha E. Lewis made an appointment on to visit the White House on September 5th at 12:30. (We usually need to plan further ahead to get our hair cut.) On the evening of the 4th, that appointment was canceled so Bertha could move her appointment earlier, to 10am.

And it doesn’t seem to have actually been a work visit, as her appointment indicates she was visiting the Residence within the White House. Also, September 5th was a Saturday. Nice.

In addition, the record notes that she was to receive a STAFF TOUR, which are different-and more special-than the regular Group Tours available to others.

Ms. Lewis doesn’t seem to have returned to the White House after this visit. Of course, just 5 days after this visit, James O’Keefe would release the first video of his undercover journalism on the systemic corruption within ACORN.

After the firestorm that erupted from O’Keefe’s reporting, President Obama was asked by Fox News for his opinion on the scandal. Despite long-standing ties to ACORN, Obama acted almost as if he’d never heard of the group.

Of course, at that point, it had been…several…days…since ACORN’s CEO was in the Residence at the White House. Who can keep up?

Of course, it is possible that this isn’t ACORN’s Bertha Lewis. After a previous dump of visitor records listed the name, Jeremiah Wright, the White House said, ‘oh, that was a different Jeremiah Wright.’ The media, of course, said, ‘okay,’ and never followed up. So, maybe the Bertha Lewis listed here isn’t the CEO of ACORN. Just another Bertha Lewis who gets special weekend access to the White House Residence, complete with an extra-special staff tour. Sure, possible, but we’d love to see a bookie’s odds on that. 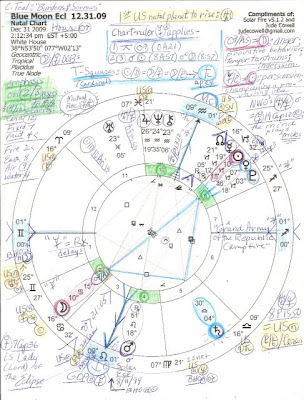 Maybe it's just another blue moon moment in Washington D.C!
Posted by Palmoni at 11:33 PM

Quit reading Breitbart. He is full of shit.

It WAS a different Bertha Lewis.

You're right. I stand corrected.
Breitbart is a sensationalist--that is true also.