Victoria's Secret photoshops out more than just the handbag! 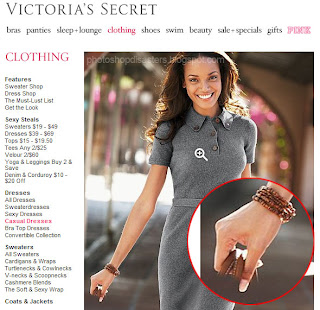 Since the market is quiet (it just goes up!), a little diversion is always nice. So here's another version of the nipple slip. But this time from a hacker's perspective.

So let's see--Victoria's Secret takes out the handbag in the above photo. But does a photoshop editor ever stop at just one item?
---------

I have a theory that I call the "Just One Principle". Simply put, when someone modifies an image, they never change "just one thing". Since the artist at Victoria's Secret erased the handbag, they must have changed something else. What else was modified?

Say Yes to the Dress

The images at Victoria's Secret are fairly low quality -- JPEGs at 85%. However, just because they are low quality does not mean we cannot see what was modified. For example, the Error Level Analysis (ELA) should have all objects at roughtly the same coloring. If anything stands out as bright white, then it was the last thing modified since it is at a higher potential error level than the rest of the image. 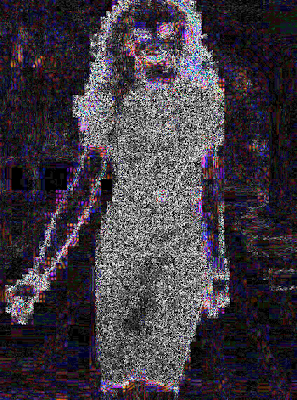 In this case, the ELA shows a couple of things. First, the entire dress was modified. If you visit their web site, you have the option to select a dress color and they digitally add in the color. So the color of the dress is not original.

The ELA also has high values on her eyes and mouth. Those were digitally enhanced. This coloring also shows up in the 2nd and 3rd principal components. Basically, the artist brightened her teeth and tweaked her eye color. 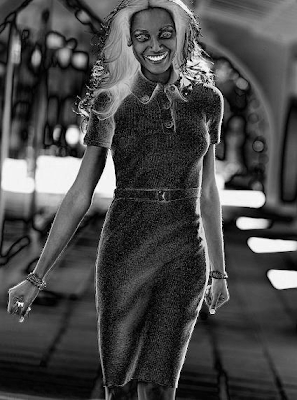 More interesting is the high error level that outlines the entire model. The model was "cut out" of the picture. (We'll get to the "why" in a moment.)

Finally, the entire image has a purple-red pattern around it. That strongly indicates the use of a drawing tool like Gimp or Photoshop. Photoshop generates more of it than Gimp, so this image was likely modified with some version of Photoshop.

The Luminance Gradient is the most meaningful for this image. LG shows a high degree of manipulation all over the place. With LG, the entire image should contain bumpy noise and jaggy lines. If you see smooth blurs or straight edges, then you are likely seeing digital manipulation. 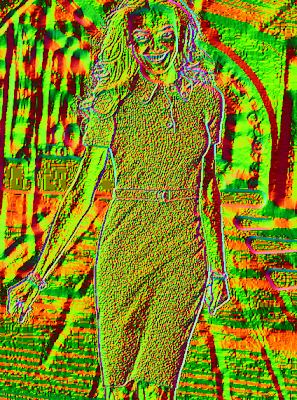 It is subtle, but the LG also shows the edges of the missing handbag. Just look for the vertical edges coming down.

Of course, the blurred background and missing handbag are just the beginning. All surfaces should have similar lighting. If her face is dark on one side and light on the other, then her arms should have the same pattern....

Of course, it is one thing for me to accuse Victoria's Secret of recoloring the skin on their model. It is another to prove it. Here are two photos of the same mode 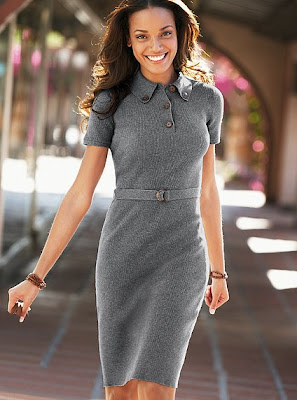 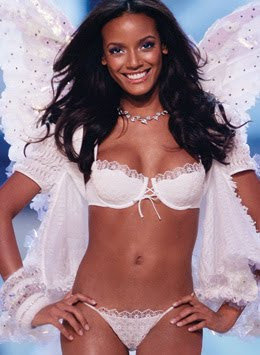 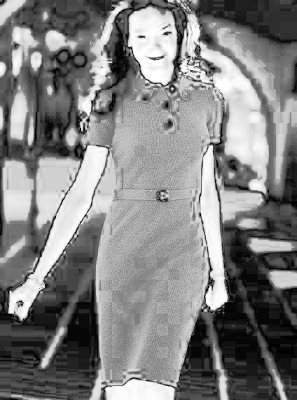 And speaking of touched up... notice the round dark artifact on her chest. JPEG artifacts are rectangular, not round. That is where the artist removed her nipple...
-----

No nipple slip in Victoria's Secret!

The world is safe for another day!

So it must mean it is safe to jam the market again!

The bears thesis is found wanting again!!
Posted by Palmoni at 10:48 PM

I wonder how many girls kill themselves trying to obtain an image that isn't possible!