Body scans at airport said to be too revealing 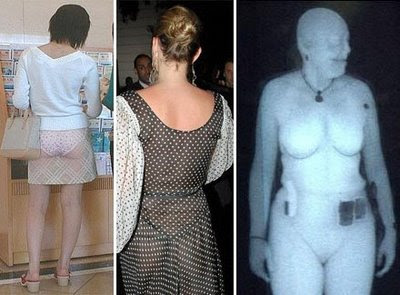 The backlash is already starting.

The scans are virtual strip searches.

Now I know the "models" next to the TSA scan are just pictured from the backside, and therefore, we can't get an accurate comparison, so here's another picture of the TSA scan.

And, as you can clearly see by that rear view picture, she's wearing a thong! 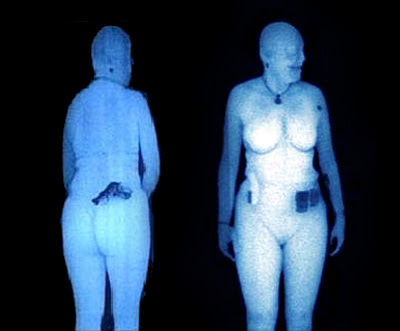 Wait--was there something else I was supposed to see? (No nipple slip thanks to TSA lighting?)

The good thing about these scans, it will necessitate more hiring, and the workers will be more concerned about working the screening booth, than joining the union!

I wonder how quickly the job openings in LA or Miami will fill!

But whatever you do, don't post the new TSA procedures on the net. A blogger did, and a TSA special agent visited him: 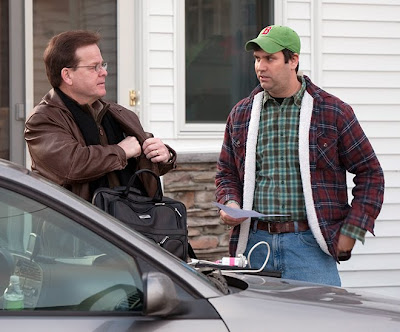 Special agents from the TSA’s Office of Inspection interrogated two U.S. bloggers, one of them an established travel columnist, and served them each with a civil subpoena demanding information on the anonymous source that provided the TSA document.

The document, which the two bloggers published within minutes of each other Dec. 27, was sent by TSA to airlines and airports around the world and described temporary new requirements for screening passengers through Dec. 30, including conducting “pat-downs” of legs and torsos. The document, which was not classified, was posted by numerous bloggers. Information from it was also published on some airline websites.

“They’re saying it’s a security document but it was sent to every airport and airline,” says Steven Frischling, one of the bloggers. “It was sent to Islamabad, to Riyadh and to Nigeria. So they’re looking for information about a security document sent to 10,000-plus people internationally. You can’t have a right to expect privacy after that.”
------
Big brother can't stop a Nigerian terrorist, who paid for his airplane ticket in cash, who didn't check any baggage, who studied in Yemen, whose visa was denied by the UK, whose name was on every terrorist list in the country, who had explosives sown into his feminine underpants,  but if you write something on the Internet, they're at your doorstep the next day!
Posted by Palmoni at 6:40 PM

Like cop searches, they'll have to have one for women and one for males. The gun would be detected by the metal dedector and the other object in front????

Hey! Don't blog about the blogger, that could get you in hot water!