Obama gets an "F" for protecting Americans 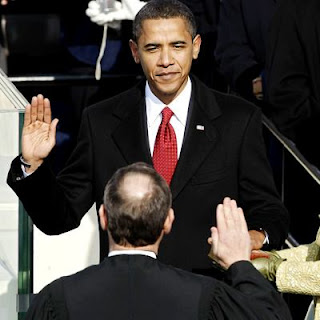 The Telegraph:     There is no more solemn duty for an American commander-in-chief than the martialling of “all elements of American power” – the phrase Obama himself used on Monday – to protect the people of the United States. In that key respect, Obama failed on Christmas Day, just as President George W. Bush failed on September 11th (though he succeeded in the seven years after that).

Yes, the buck stops in the Oval Office. Obama may have rather smugly given himself a “B+” for his 2008 performance but he gets an F for the events that led to Umar Farouk Abdulmutallab boarding a Detroit-bound plane in Amsterdam with a PETN bomb sewn into his underpants. He said today that a “systemic failure has occurred”. Well, he’s in charge of that system.

The picture we’re getting is more and more alarming by the hour. Here are some key elements to consider:

1. Abdulmutallab’s father spoke several times to the US Embassy in Abuja, Nigeria and visited a CIA officer there to tell him, apparently, that he feared his son was a jihadist being trained in Yemen. According to CNN, the CIA officer wrote up a report, which then sat in the CIA headquarters at Langley for several weeks without being disseminated to the rest of the intelligence community. This was not just a casual encounter. Again according to CNN, there were at least two face-to-face meetings, telephone calls and written correspondence with the father. If it’s true that the CIA sat on this then it beggars belief. 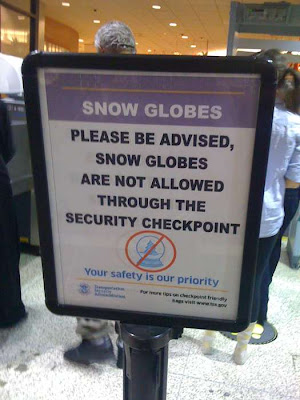 2. After 9/11, the huge bureaucracies of the Homeland Security Department and the Directorate of National Intelligence (DNI) were created. Inside the DNI, the National Counter Terrorism Center was created. These organisations were created to “connect the dots”. It may well be that the fault lay with NCTC and not the CIA – CIA spokesman George Little says here that “key biographical information” and information about “possible extremist connections in Yemen” was passed to NCTC. If NCTC knew about it, then did someone at the National Security Council within the White House? There’s a huge blame game beginning so we’ll no doubt know soon enough.

3. It wasn’t just the meeting with the father. According to CBS, “as early as August of 2009 the Central Intelligence Agency was picking up information on a person of interest dubbed ‘The Nigerian’ suspected of meeting with ‘terrorist elements’ in Yemen”. So there were other parts of the jigsaw that were not put together.

4. In his studied desire to be the unBush by responding coolly to events like this, Obama is dangerously close to failing as a leader. Yes, it is good not to shoot from the hip and make broad assertions without the facts. But Obama took three days before speaking to the American people, emerging on Monday in between golf and tennis games in Hawaii to deliver a rather tepid address that significantly underplayed what happened. He described Abdulmutallab as an “isolated extremist” who “allegedly tried to ignite an explosive device on his body” – phrases that indicate a legalistic, downplaying approach that alarms rather than reassures. Today’s words showed a lot more fire and desire to get on top of things – we’ll see whether Obama follows through with action. In the meantime, he went snorkelling.

5. There has been a pattern developing with the Obama administration trying to minimise terrorist attacks. We saw it with Abdul Hakim Mujahid Muhammad, a Muslim convert who murdered a US Army recruit in Little Rock, Arkansas in June. We saw it with Major Nidal Malik Hassan, a Muslim with Palestinian roots who slaughtered 13 at Fort Hood, Texas last month. In both cases, there were Yemen connections. Obama began to take the same approach with Umar Farouk Abdulmutallab. We’ll see whether this incident shakes him out of that complacency. Whether it’s called the war on terror or not, it’s clear that the US is at war against al-Qaeda and radical Islamists.

6. Guantanamo Bay. It seems that two of the Al-Qaeda in the Arabian Peninsula (AQAP) planners behind this attack were released from Guantanamo Bay during the Bush administration. That calls into question the competence of Bush administration officials but also the wisdom of closing Guantanamo Bay. How many other enemies of America and the West are going to be released back to the battlefield? As Mike Goldfarb asks: “Is the Obama administration seriously still considering sending some 90 Yemeni detainees now being held at Gitmo back to their country of origin, where al Qaeda are apparently running around with impunity?” 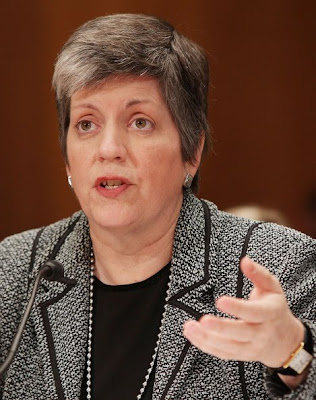 7. Janet Napolitano, Obama’s Homeland Security Chief, has been a distaster in this, exhibiting the kind of bureaucratic complacency that makes ordinary citizens want to go postal. On Sunday, she told CNN that “one thing I’d like to point out is that the system worked” and ABC News that “once the incident occurred, the system worked”. A day later, she grumbled that quoted “out of context” before reversing herself, telling NBC: “Our system did not work in this instance. No one is happy or satisfied with that. An extensive review is under way.” The “system worked” comment was a “heckuva job, Brownie” moment. Is she up to the job?

8. Will Obama hold individuals accountable? Briefing the press today behind a cloak of anonymity as a “Senior Administration Official”, Denis McDonough, NSC chief of staff (he gave the game away by saying he was from Minnesota), said that Obama “intends to demand accountability at the highest levels” before adding: ” It remains to be seen what that means exactly.” If heads don’t roll – and soon – then Obama’s words will seem hollow. It’s an opportunity for him to show some real steel.

10. Will there be US air attacks against targets in Yemen? Watch this space. It’s safe to say that Al-Qaeda in the Arabian Peninsula or AQAP, described to me by a senior intelligence official today as “officially recognised and in corporate terms a sanctioned franchise of al-Qaeda” that is plainly now seeking to become an international rather than just a regional Islamist player.
Posted by Palmoni at 9:41 AM