Mom and baby die during labor, but come back from the dead during Christmas 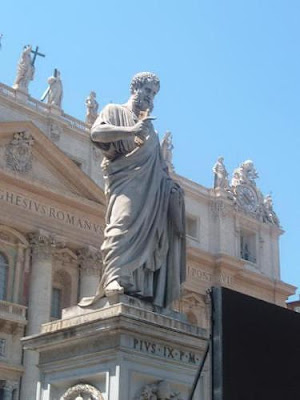 I guess they wasn't any room at the Inn in heaven, so St. Peter sent them back.

On Christmas Eve, Tracey's water broke, so the couple went to Memorial Hospital. They thought it would be a routine delivery, just like it was with their other two boys.

"I guess I went into cardiac arrest and I really don't remember anything after that," Tracey recalls.

"She was dead, she had no heartbeat, no breathing,” said Stephanie Martin, D.O., director of maternal fetal medicine at Memorial Hospital. “She was as gray as her sweatsuit, no signs of life."

"I sat there with my wife's hand in mine, ice cold,” said Mike. “She was completely and totally blue."

After trying, in vain, to resuscitate Tracey for several minutes, Dr. Martin decided to do an emergency c-section right there in the delivery room. But when the baby came out, he too wasn't breathing.

"Half of my family was laying there in front of me, there's no other way to say it, but dead," said Mike.

Then came the Hermanstorfer's Christmas miracle. "Immediately after delivering him, her pulse came back," said Dr. Martin. Martin tells 11 News, when pregnant women have complications, they have been known to recover once the baby is delivered.

After the delivery, doctors rushed Tracey to the operating room to complete the surgery. In the meantime, Coltyn's tiny, lifeless, body was handed to his father Mike. Doctors still worked to get the baby breathing. "They actually got him started right in my hands. That is an amazing feeling," said Mike.

Mom and baby now show no sign of complications. The Hermanstorfer family is home, getting to know baby Coltyn, who was born weighing 7lbs. 4oz. and measuring 19 inches long. His original due date was January 5.

After running multiple tests, doctors still don't know what sent Tracey into cardiac arrest. Doctors they tell 11 News, although little Coltyn shows no signs of complications his parents will have to keep a close eye on his milestones. They have to monitor things like when he crawls and sits up, because there is no way to know for sure if he will suffer long-term effects.
Posted by Palmoni at 3:49 PM

What an amazing story... miracles still do happen!

There are no such things as miracles.

Sounds like some breathtakingly bad medicine going on in that hospital.

Both mother and baby had a weak pulse, thats all.
What it shows is the resiliancy of the human body for self recovery. Like healing cuts and fighting viruses, the body can recover from alot of problems.

Crediting a non existant, imaginary deity with intervention does a disservice to the elevation of mankinds understanding and learning.

If your going to credit a deity, why not zeus or thor or wotan??? Did they not do this divine intervention?? How do you know it was not them???