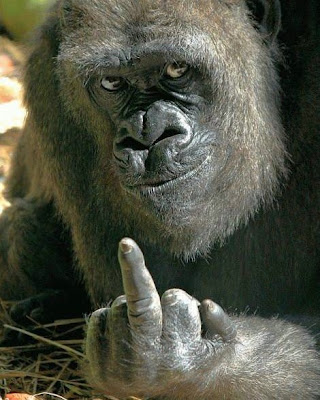 BEIJING, Dec 29 (Reuters) - A small Chinese power generator on Tuesday rejected demands from a Goldman Sachs unit to pay for nearly $80 million lost on two oil hedging contracts, part of a long-running dispute over how China deals with derivatives losses.

Shenzhen Nanshan Power said in a statement that it received several notices from J. Aron & Company, a trading subsidiary of Goldman Sachs, for at least $79.96 million as compensation for terminating oil option contracts.

"We will not accept the demand by J. Aron for all the losses and related interests," said Nanshan, in line with the stance it took last December.
----------------------
A small Chinese firm diid what our big Government couldn't. Tell Goldman to go and f*ck themselves. 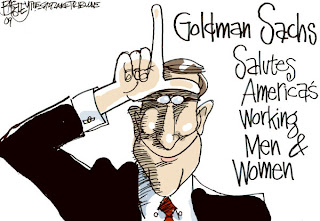 After all, isn't this Goldman's salute to us?

Now the only question that remains is--Are these derivatives now on Goldman's Level III assets?

So Goldman can salute shareholders, while it gets saluted by the Chinese!
Posted by Palmoni at 8:10 PM