Attempted plane terrorist is the son of a prominent Nigerian banker 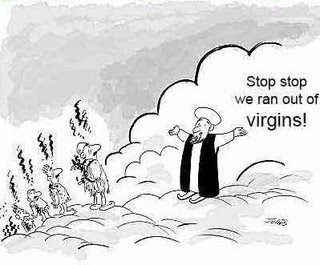 ROMULUS, Mich. – An attempted terrorist attack on a Christmas Day flight began with a pop and a puff of smoke — sending passengers scrambling to tackle a Nigerian man who claimed to be acting on orders from al-Qaida to blow up the airliner, officials and travelers said....

In Nigeria, a prominent banker said Saturday that he was meeting with security officials there because he feared his son was the suspect. Alhaji Umaru Mutallab told The Associated Press said his son was a one-time university student in London who had left Britain to travel abroad. He said his son hadn't lived in London "for some time" but he wasn't sure exactly where he went to.
------------
Bankers committing terrorist acts?

On planes they get busted.

Even though for two years the US suspected he had terrorist ties:

WASHINGTON – An official briefed on the attack on a Detroit airliner said Saturday the U.S. has known for at least two years that the suspect in the attack could have terrorist ties.

The official told The Associated Press that the suspect, Umar Farouk Abdul Mutallab, has been on a list that includes people with known or suspected contact or ties to a terrorist or terrorist organization. The official spoke on condition of anonymity because the investigation is ongoing.
----------
But on Wall Street, the financial terrorists walk away.
Posted by Palmoni at 1:50 PM