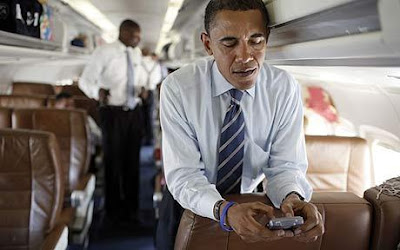 The two biggest bears on RIMM on the street are Deutsche and Citigroup. Deutsche faces reality, and changes their sell recommendation to a hold and ups their target from 60 to 75. Citi, which has a target of $50 on RIMM, and was so out of the ballpark this quarter on their analysis of RIMM that it was worse that pathetic, now tells us that we should use this rally for selling. And they add $2 to their target giving us $52. A month ago, he told us to sell RIMM at 55. Two days ago, he told us to sell RIMM at 65. Now he tells us to sell RIMM again at 71.

Isn't that crying wolf just a bit too much?

You want a sell? Sell Citi's research! Look at Jim trying to be cute on the conference call yesterday:

Jim Suva - Citigroup
Jim, you talked about you can’t force love and enterprise has clearly loved you guys for an extremely long time. Are you starting to see any of the competitors, such as Apple or Android, trying to date some of those enterprise people? Or how do you look at the competition on the enterprise?

Plus you couple it with the BES 5.0, the scalability, manageability, and you take the fact that we -- you know, our MVS is really enriched and you saw at Dev-Con we had the things like the Oracle J builder and Fusion that works with our push widgets. So now you can like just whip off apps because you’ve got such a rich framework and SAP and WebSphere are really gaming up to that too, so the richness of that. Plus the MVS and we have -- you know, that’s tracking very well. I just got the report of the new MVS installations in the chalk media stuff with the enterprise video type stuff, and that’s accelerating. And quite frankly, we have a very powerful set of extension strategies which our briefings with CIOs has just been absolutely game-changing in terms of their ability to manage costs and their whole computing architecture. Really leveraging the trusted BlackBerry mobile BPN and the fact that it could also be on WiFi.

And so I am seeing very straightforward countering on the low-end, knock-out SMB plays, but actually the thing that most gets me out of bed on the B2B is the fact that there is a transformation happening in computing architectures where they need more capability but they need to take out costs, and where the antidote on sort of a re-architected form of corporate enterprises, which is pretty easy to evolve from what’s installed -- in fact, very easy to involve.

So I would say the evolution of the B2B, the opportunity in addressable market has -- I would say rapidly expanded and strengthened is an understatement.

But a lot of it, elements are in public, some are due to be launched soon. But in our CIO exchanges, I mean, it’s hard to sort of overstate the level of enthusiasm because what it does to liberate what they need to do their business in a way that takes down costs, current costs so much and enables where they want to go, they need to go. So I actually, though I am really excited about the B2C, I love the B2B because I have just got so much history in it and these are home run strategies. So I would say our competitive position in the B2B is dramatically strengthened in its architectural stuff but we have a lot of completion of R&D and implementation of the things these guys need.

James L. Balsillie
Both -- I mean, you know -- both. In North America, the level of strategic engagement with the carriers and the developers on the deep, rich integration -- because carriers -- the carrier now concierges the presentation. So they are not just intermediated. That’s the key. And it’s contextualized. Plus they integrate the billing.

So they do the defining value-add and you just roll in, you run all these widget based apps that are pushing and multi-threaded in the background. And you just do better contextualization and they control that and they default it and they evolve it. So it’s very, very powerful. They love that in the B2C and the app guys love it too because of the rich service layers.

And then on the B2B, that’s ready to go to another level and a lot of that leads out of North America naturally. But the international markets are showing such strength. But then there’s a lot of competitive turbulence, so it all rolls up a nice big number but there’s just so much bobbing and weaving underneath. But yeah, definitely North America is going to keep growing. It’s all growing. I mean, it’s subsuming other markets and it’s creating value, so we are just happy to be at the subsuming point, right? I mean, obviously -- it’s value, the carrier has got to have a key role, and people have new ways to monetize what they do but you’ve got to have a radio with smart capability, platform capability around it or it’s hard to make it happen.

Despite having his questions clearly answered, and his objectives being clearly disposed, all Jim can do is utter a  fake "congratulations" -----which he totally didn't want to say, because he's just another Wall Street phony that made up his mind, and his viewpoint---despite the evidence.

He asks about buying love?

Who is he trying to buy with his disingenuous stance?

Sell him, and sell his research!!!

And as a postscript, since Citi is so absolutely dense, I'll explain the picture above. You can't buy love? Isn't that Obama's Body Man, Reggie Love behind him on the plane? 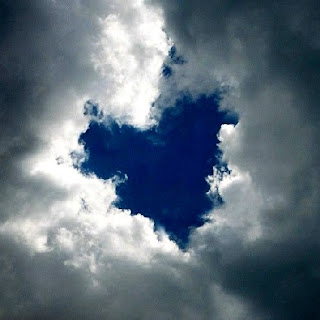 Even if Jim's head is in the clouds!
Posted by Palmoni at 8:07 AM