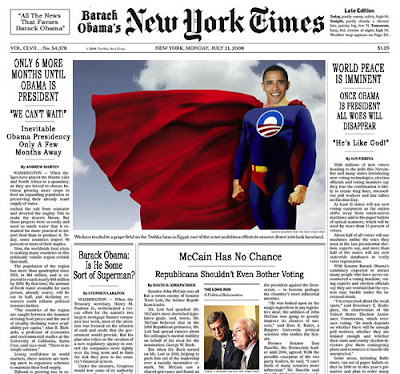 I had to bring this up, because today Wells Fargo decided to upgrade the newspaper stocks. The WSJ picked up on that story--and as usual--better late than never:

WSJ
Newspaper stocks are rising after Wells Fargo raised earnings estimates for Gannett and New York Times and upgraded both stocks, citing a newspaper advertising market that’s “improving more quickly than we previously anticipated, particularly in December.” The firm now expects a high single-digit decline in overall newspaper advertising in 2010, and that’s a positive amid the gloom of the publishing industry. 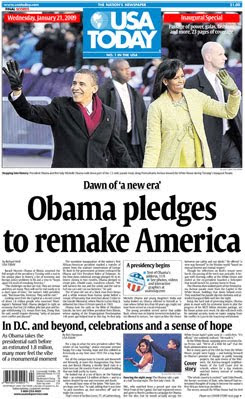 Why better late than never? Because I touted GCI at $7.77 four months ago and the NYT in March at $4.15. Where were they then?

Oh that's right.They work on Wall Street. Why would they pimp a number when the price was cheap? After all, who says who have to have "truth" in advertising?

You just need hope and change!

But I did retout the Grey Lady Monday at 10.70, since GOOG is "mulling" a buyout, so I appreciate the tip from Wells Fargo to help out the traders who were tipped!!